After the Snow Geese took off from the Middle Creek lake on the Sunday Morning, most of the bird watchers were on the way home. However, this was the begining of our new jurney for our family. We would visit several wildlife refuges this day around the state of Delaware including Blackwater National Wildlife Refuge, Prime Hook National Wildlife Refuge and Eastern Neck National Wildlife Refuge based on my unrealistic plan. We left the Middle Creek around 8 AM and arrived at Eastern Neck around noon. We had to head directly to Prime Hook by skipping Blackwater since it was about 2 PM when we came out the Eastern Neck. Eastern Neck is a small Island in Maryland, connected to the land with a bridge. It is a weired place for the Federal reservation mingled with private houses and farm lands. It turned out that this visit was not worthy of the time.

We drove on the State route one southbound toward Prime Hook. While we were still on the road and very close to the destination, we saw flocks of snow geese flying over the head from east to the west of the road side. We managed leaving the main road, and moved to a side road to find out the situation. It turned out that these snow geese were landing in a corn field just to the west of the road. There were more groups coming to join them. The corn field is very broad, and there was irrigation equipment installed in the field. On the road side are newly built houses for sale with list price of $190,000, the tag much cheap than the same type in Boston area. Adjacent the new houses area were constrution site with heavy construction equipment loaded on the land. We did not stay there longer since we had to leave enough time in Prime Hook.

Prime Hook National Wildlife Refuge is in the coastal area, composed of several fresh water pond and marsh. The trails along the shore are sceneric, and there are many birds along the way. While we were walking in the trail, we heard the familar calls overhead. When we raised our heads, we saw the flocks of snow geese were flying toward the west. The staying Prime Hook was short since the sky turned to dark very quickly. 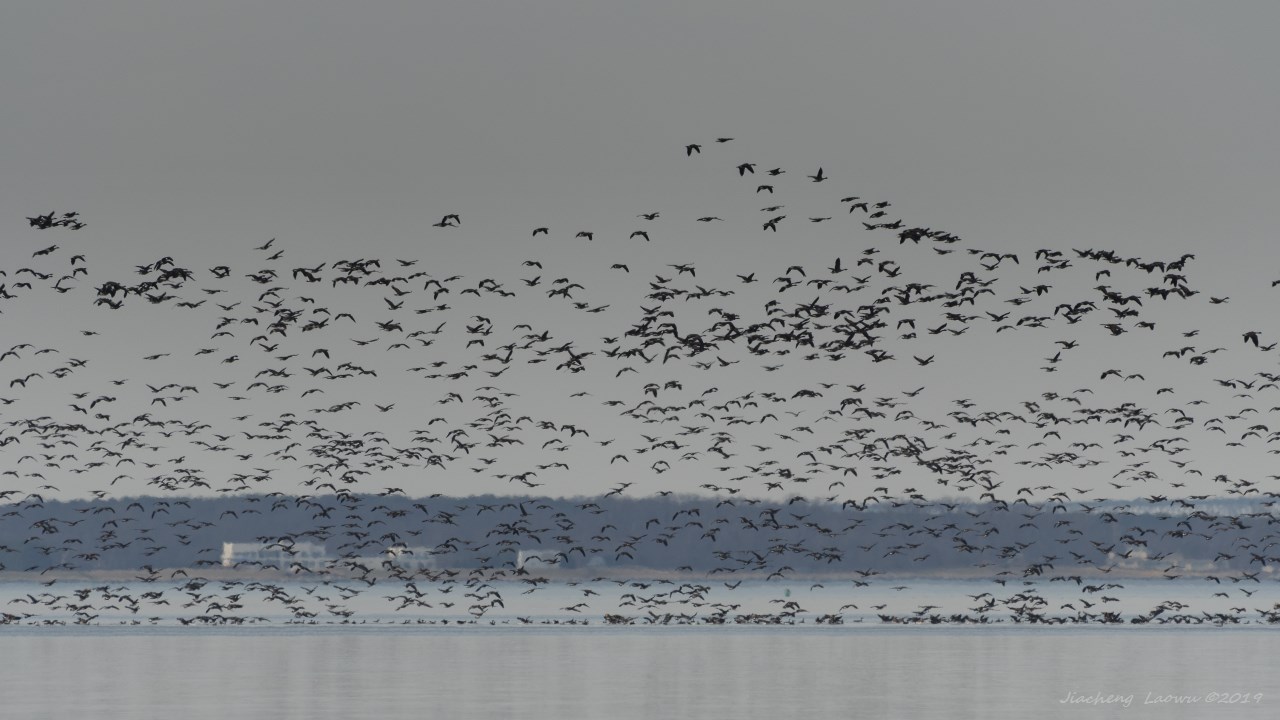 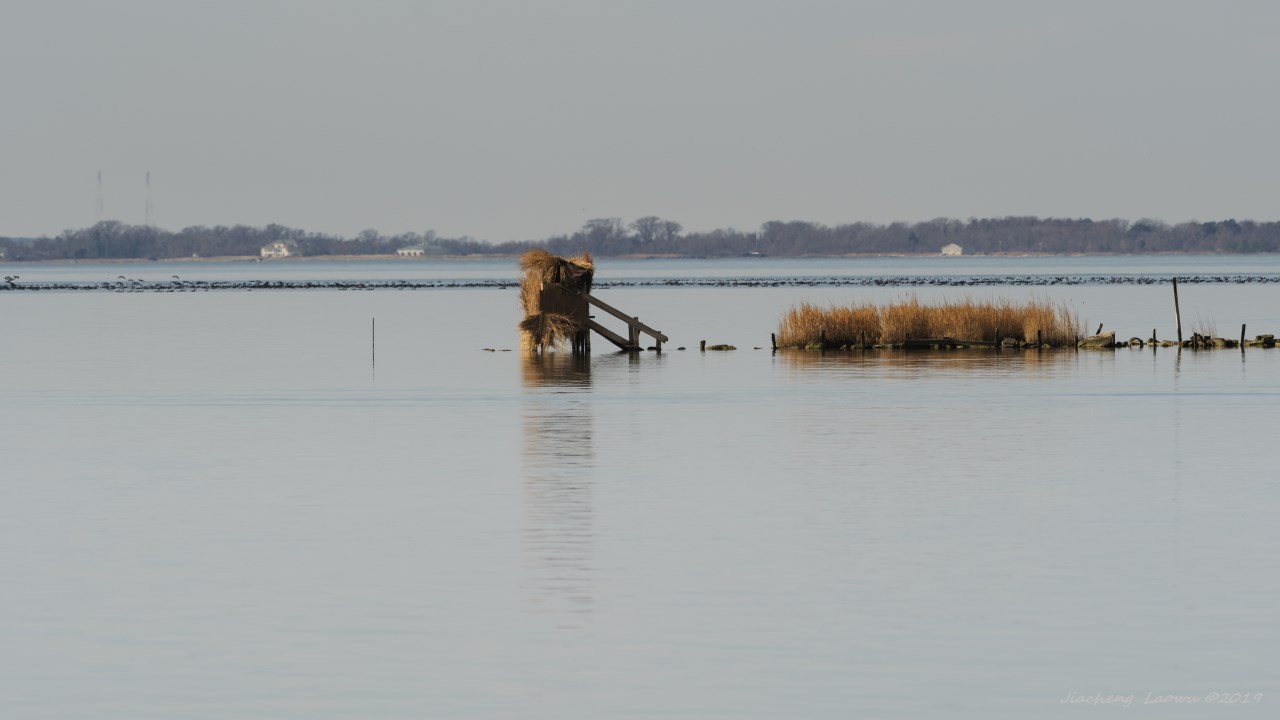 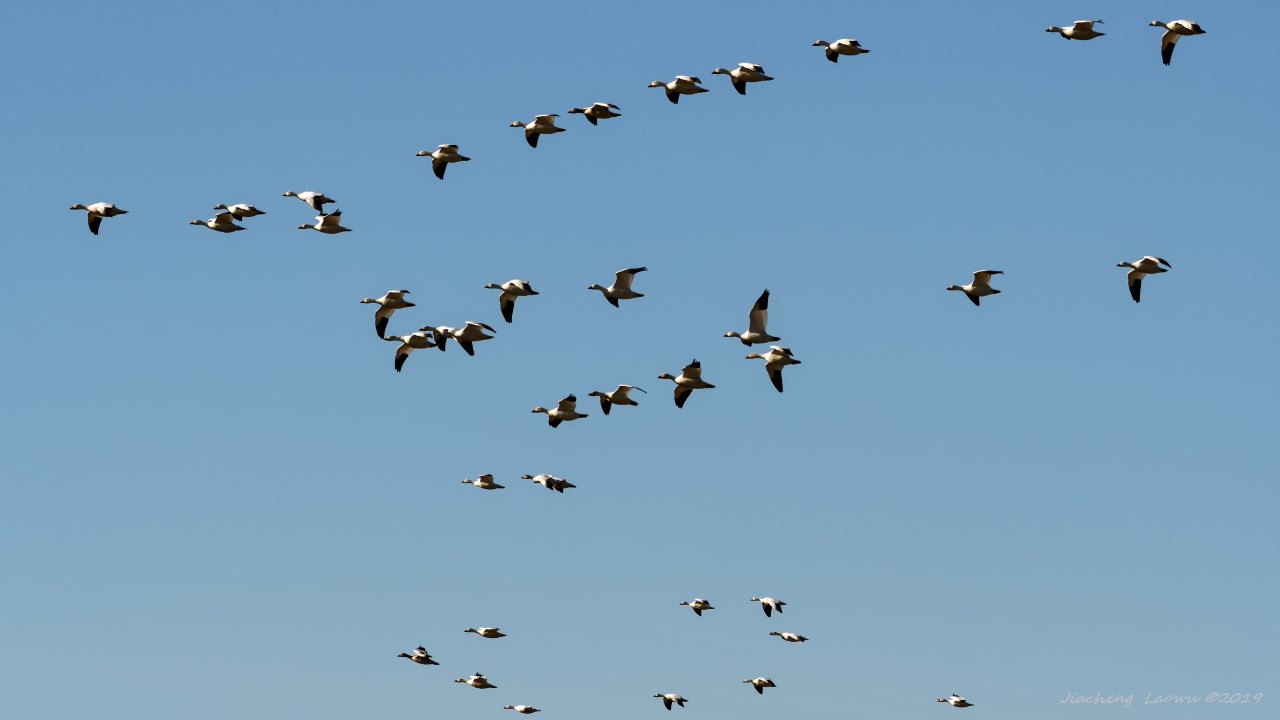 P4 The snow geese flying over the corn field in Delaware 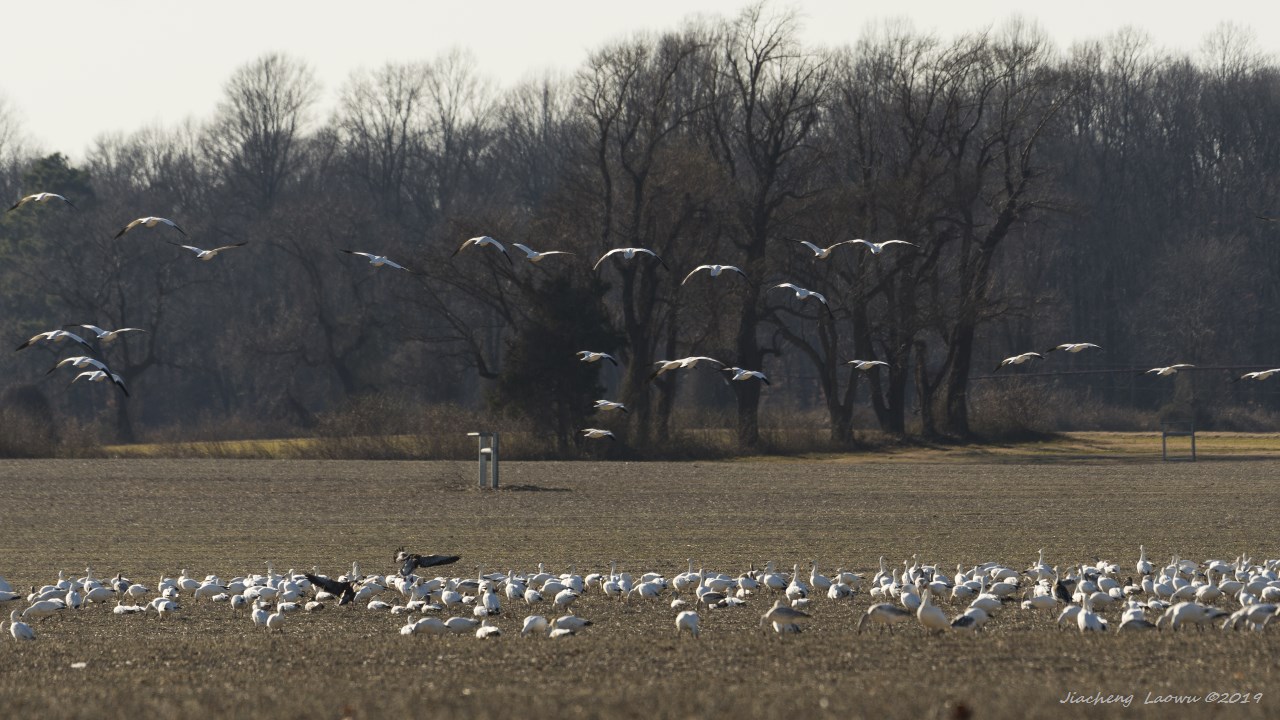 P5 The snow geese in the corn field 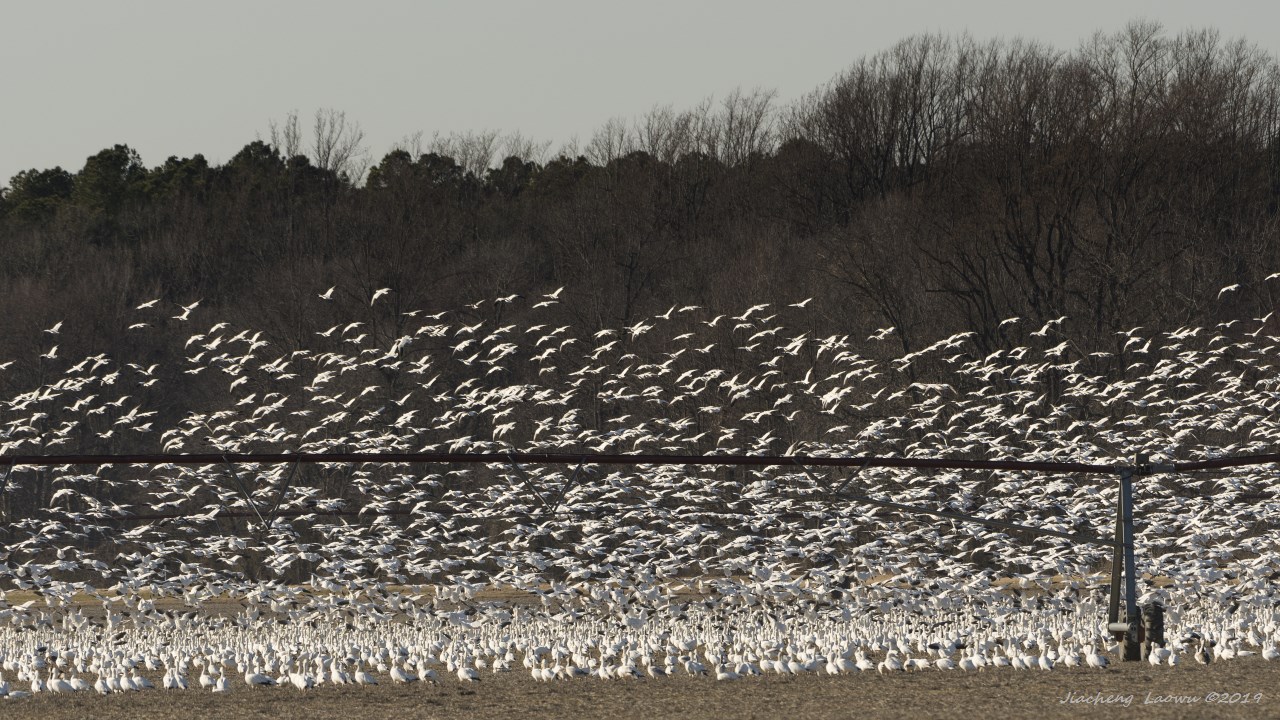 P6 The moving snow geese in corn field of Delaware 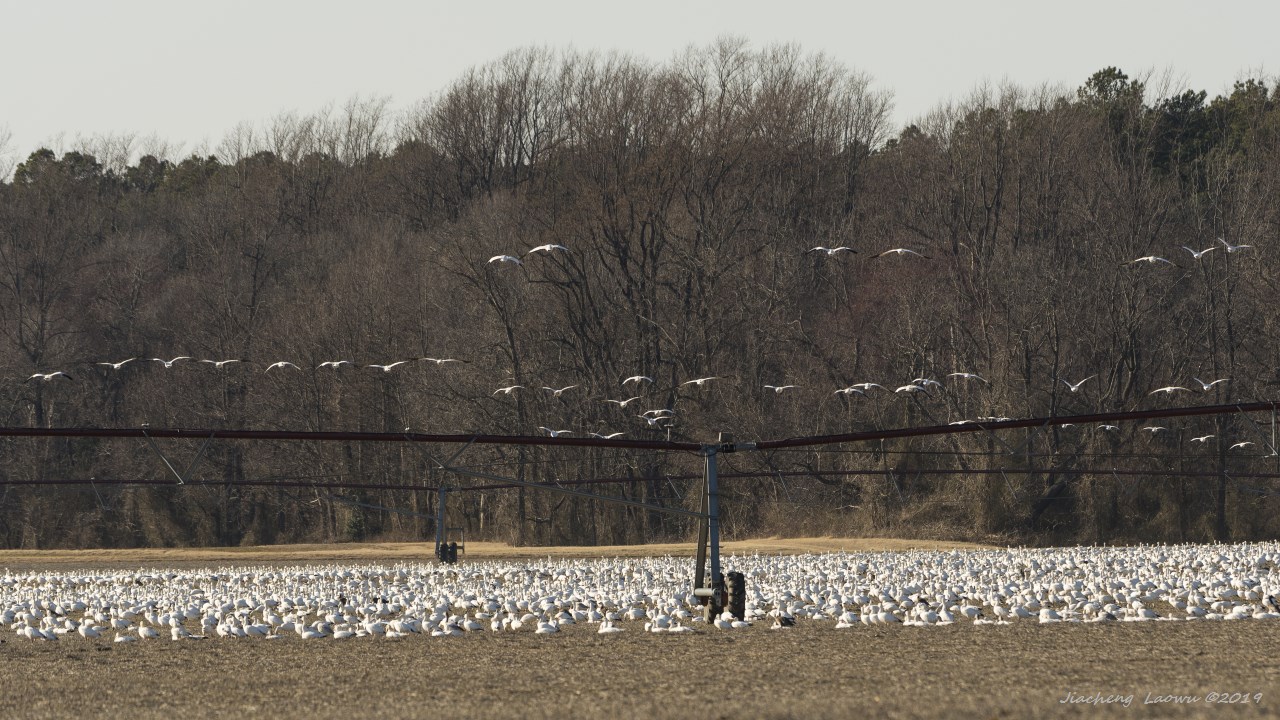 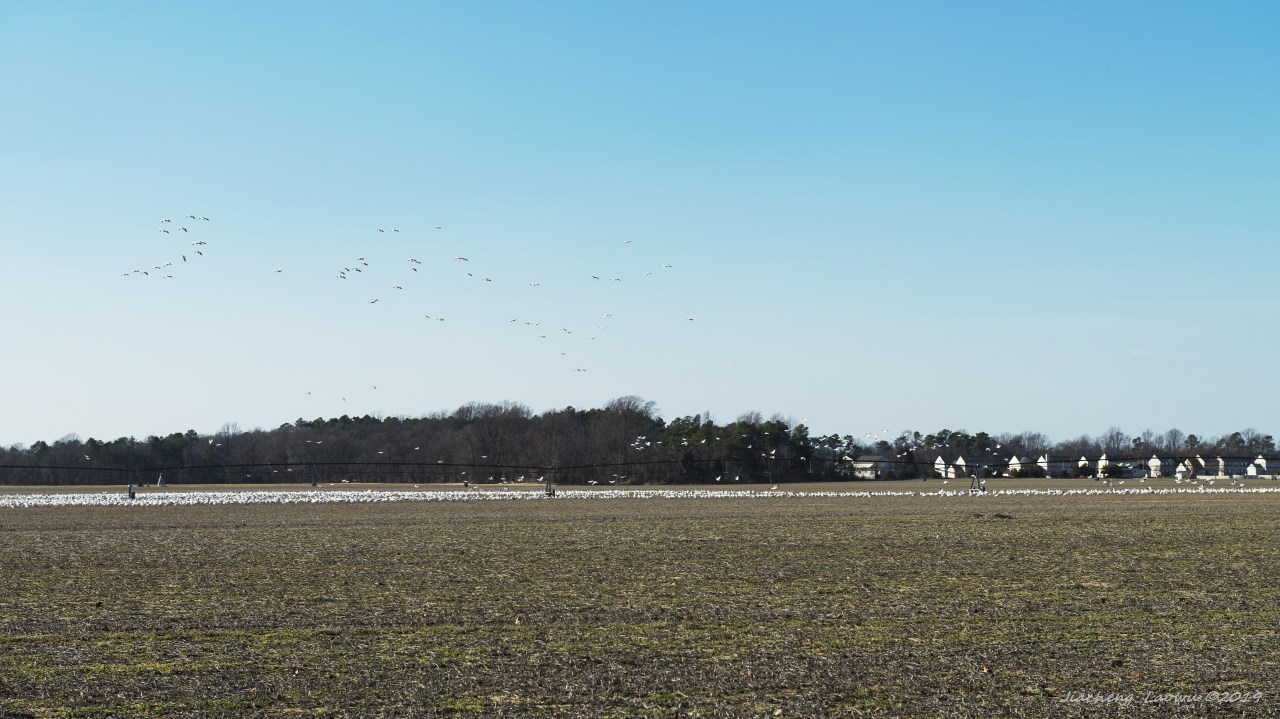 P8 The overview of corn field, and the newly built house on the road side in Delaware 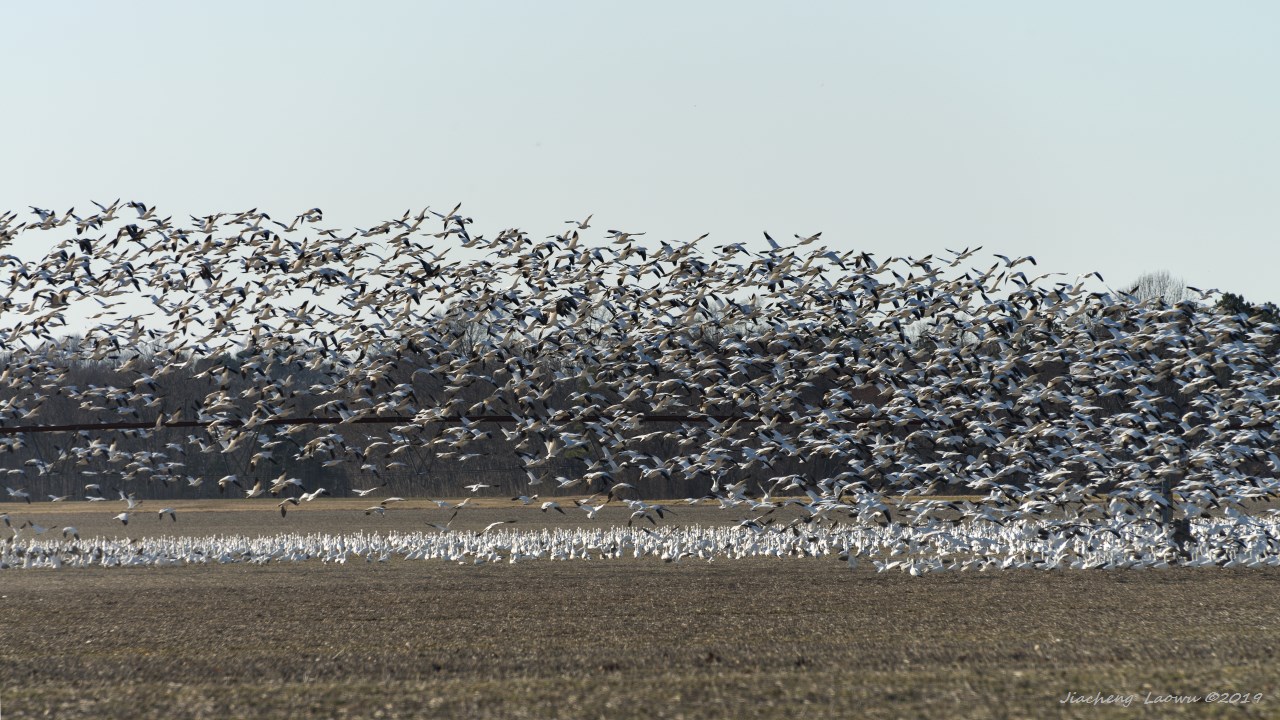 P9 The flocks of snow geese 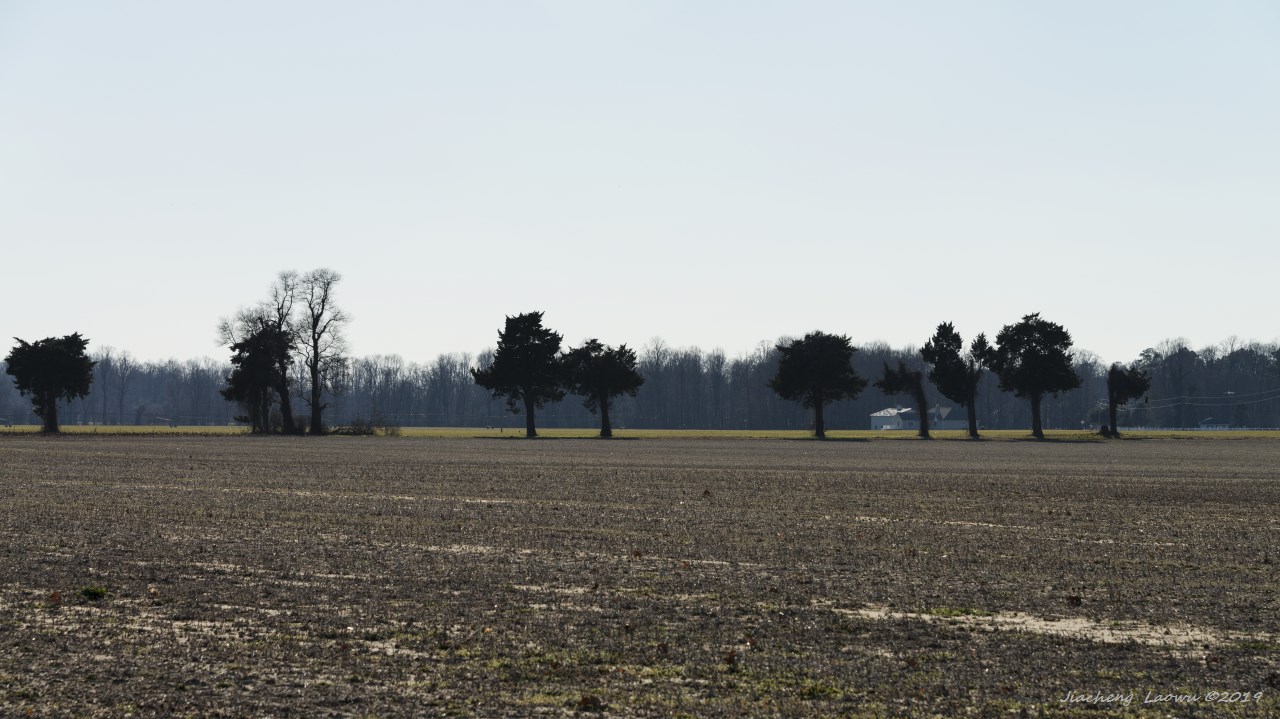 P10 The farm land to the west 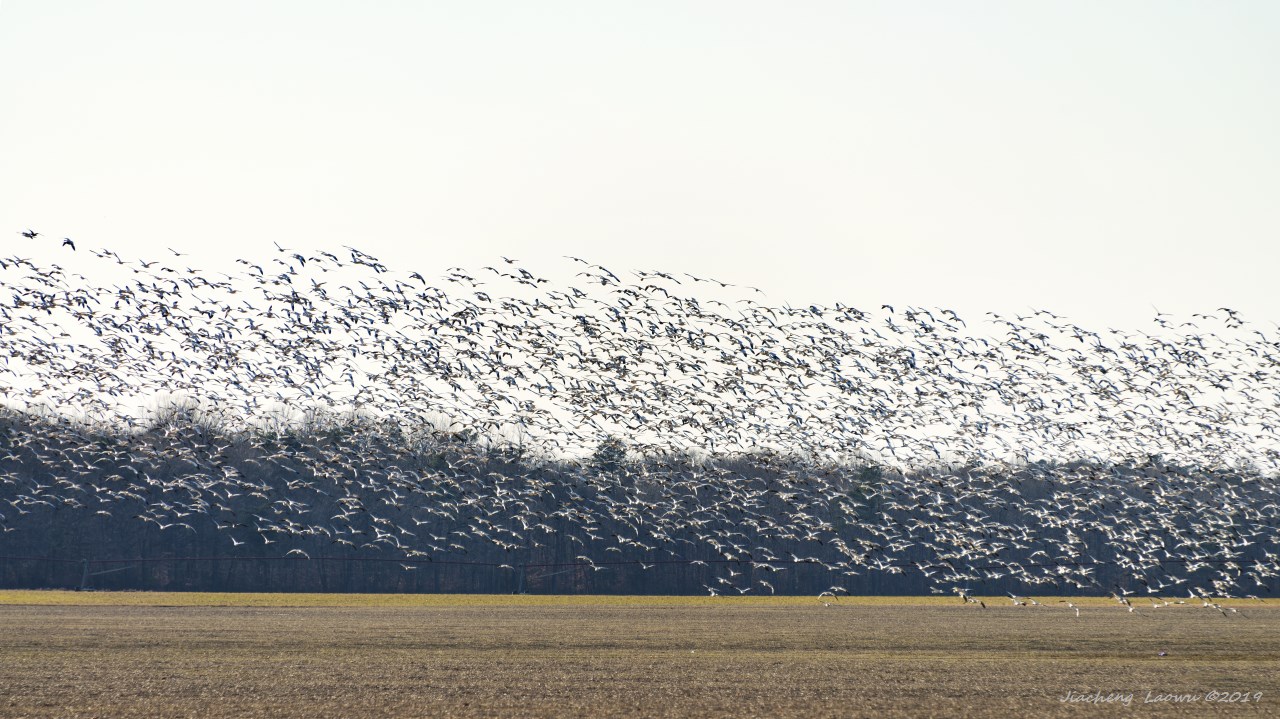 P11 Snow geese were leaving this field to head to another 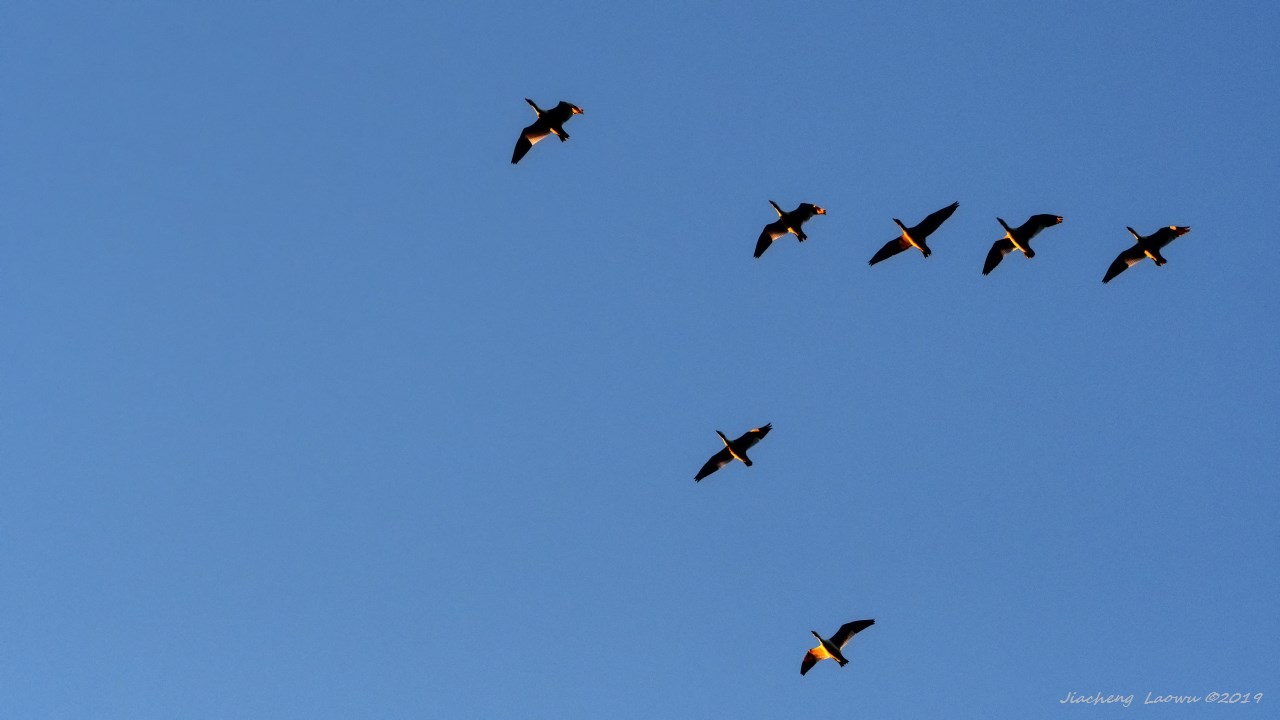 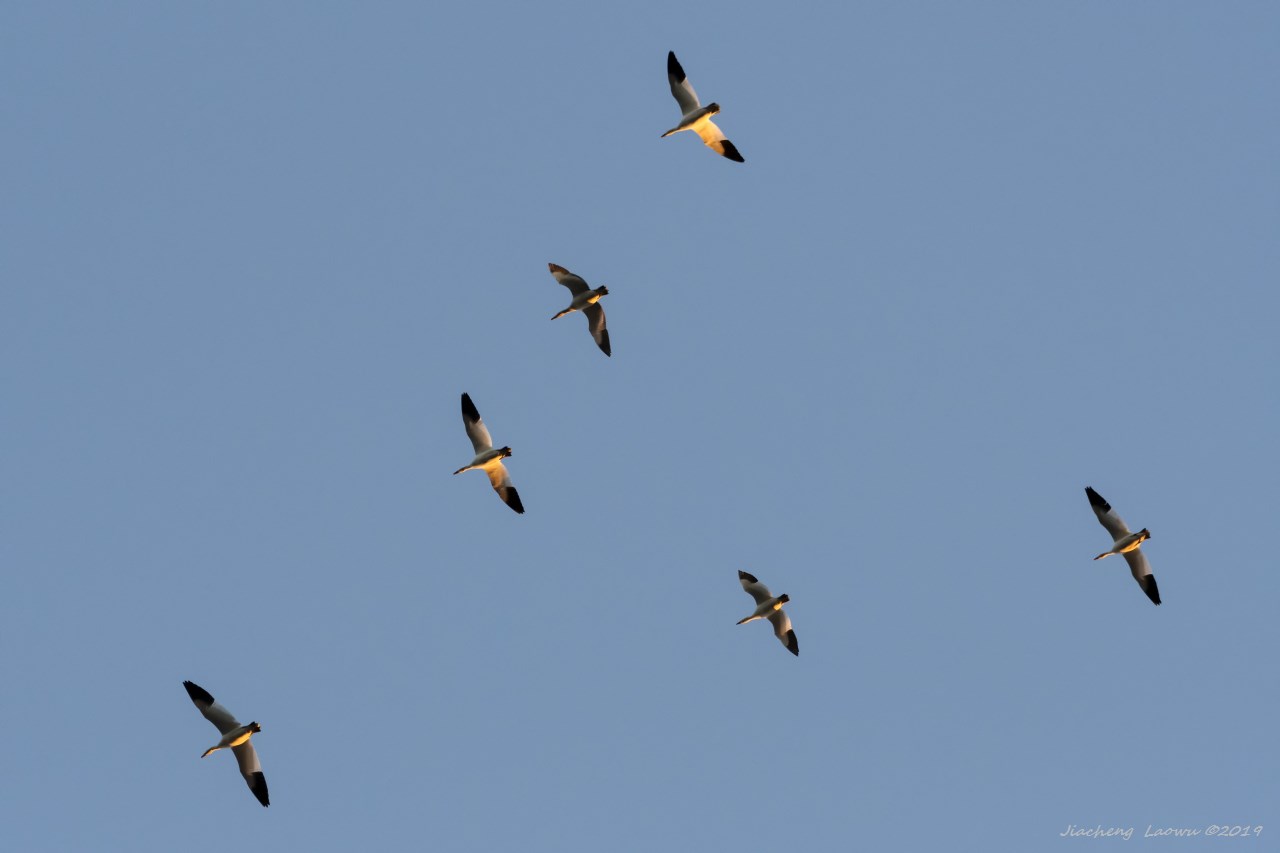