The seasons in the year of 2016 was somehow abnormal. The leaves on the tree used gone completely. However, they were surprisingly strong, even somes were green this year. The climate was warmer, and the Autum would not easily yield to the Winter.

The Mill Pond of Westborough, MA was not an exception. After the red clouds of the Sun rising, the trees surrounding the lake were casted golden tone. They as if declared a war to the winter and proclaimed that it was still the Fall season. The water surface of the lake is not small, and the shape of the lake looks like a naughty monkey. On the surface of the lake were swans as many as one thousand. These are mute sawn, a very common one in the northeastern region, distincted from other swans with their white body and orange colored beak. Groups of swans took off from one area, then landed in another area daily, a perfect opportunity of birders like me. This was my first time to the Lake although it is only one hour of drive from my home. This was my warmup for the upcoming trip for photoing bald eagles finishing in a Dam in Maryland. Thanks to the invitation by my photography friend Mr. Li, I had great rewards of witnessing the stunning beauty of the Sun rising, feeling the elegance of the swans' flying, and hearing the whistles of the wing beats. 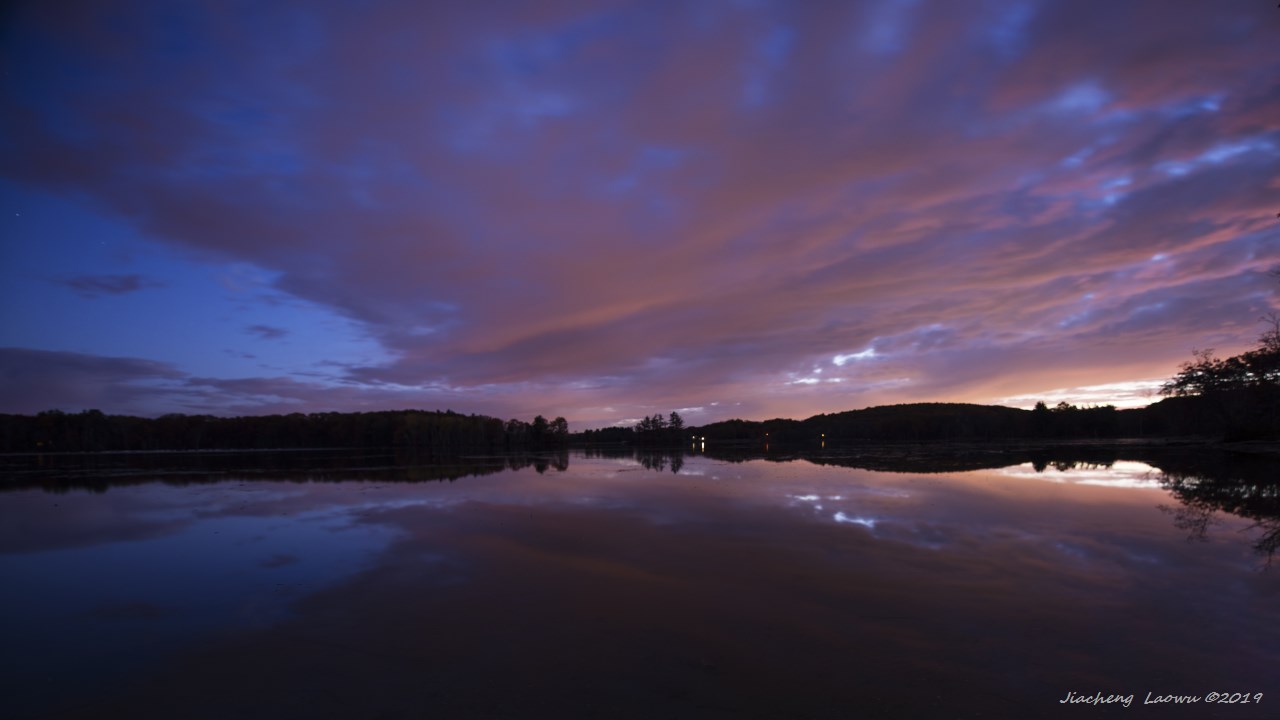 P1 The Lake surface at the dawn 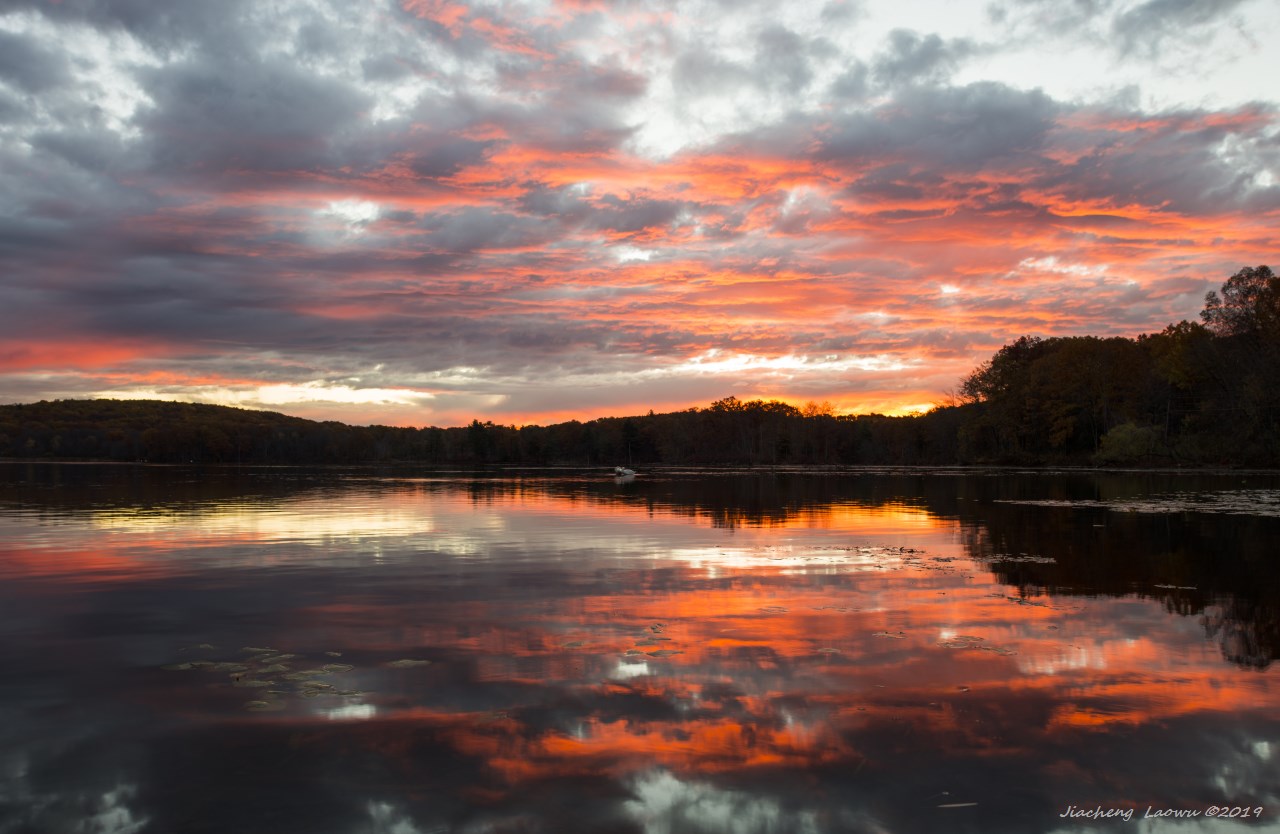 P2 The fiery clouds and theirs mirrors by the lake 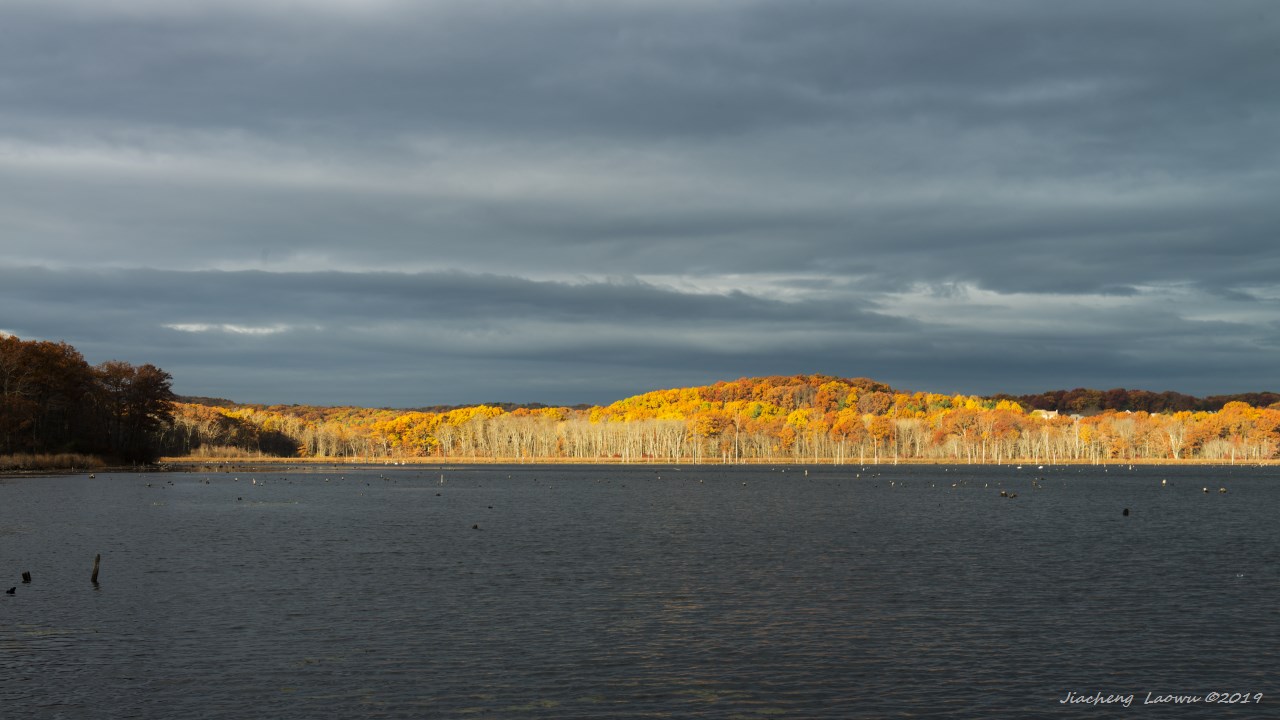 P3 The morning sun on the trees 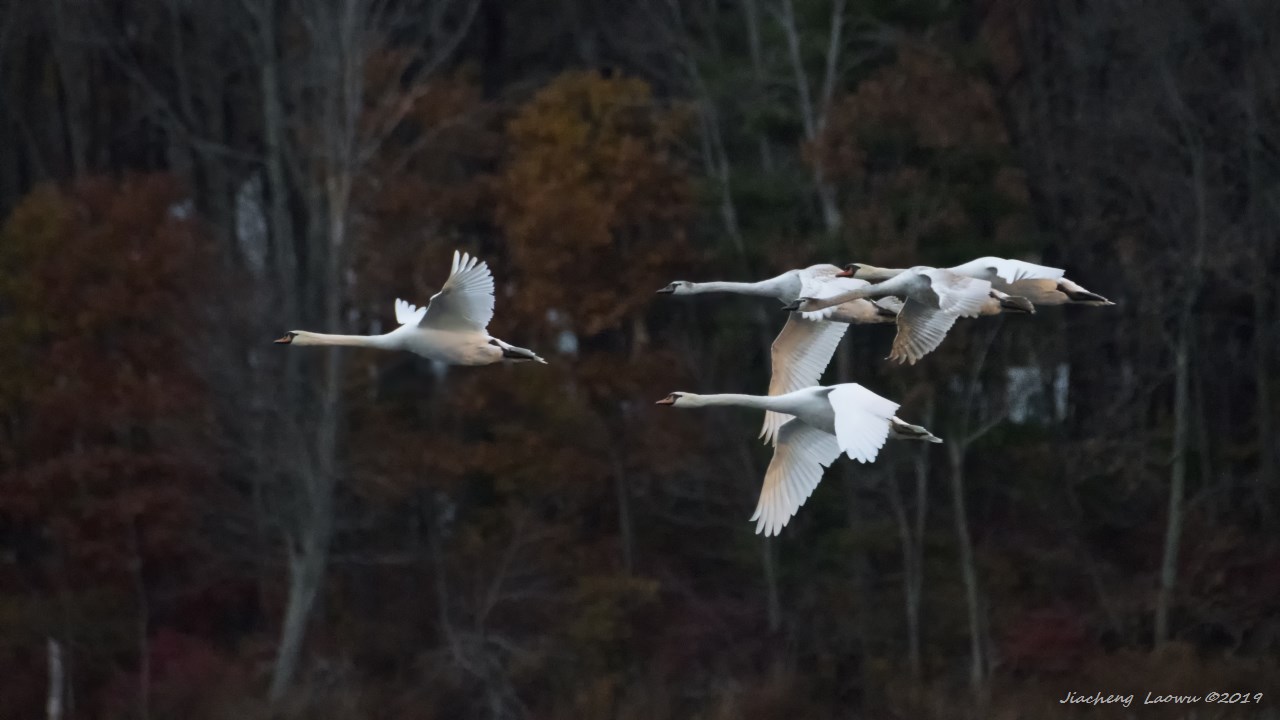 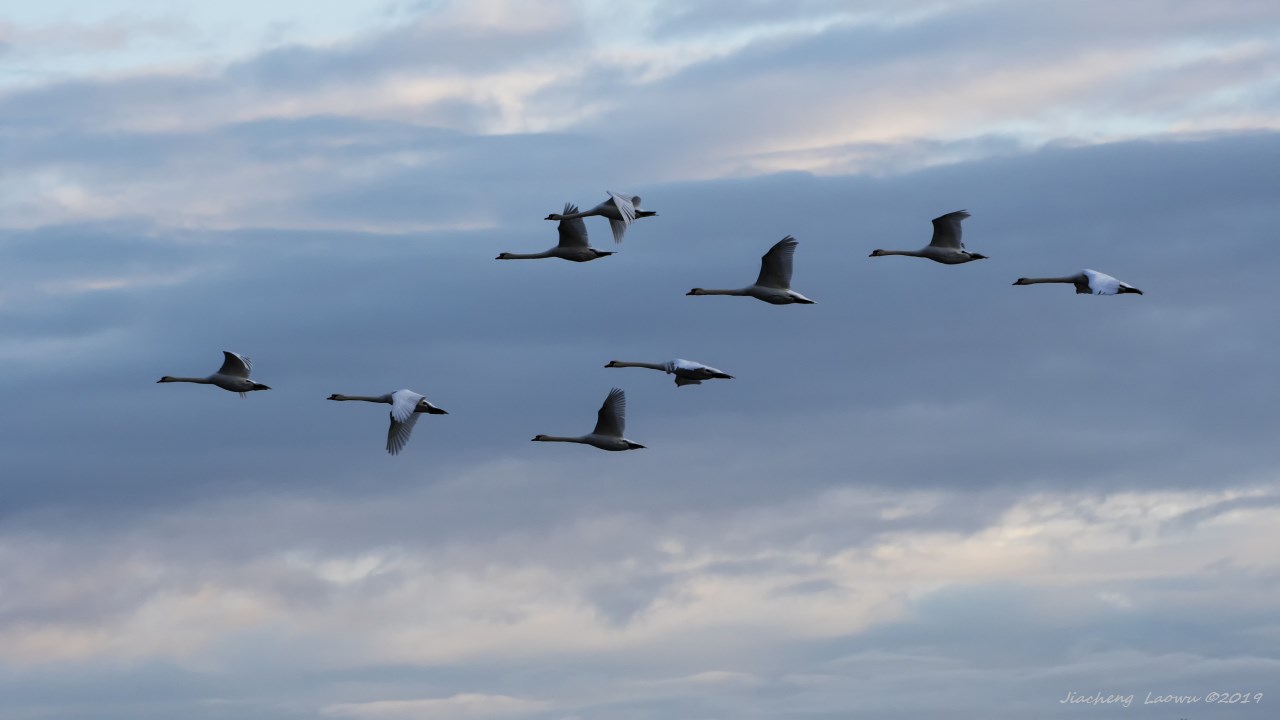 P5 The fleet of fighting jets 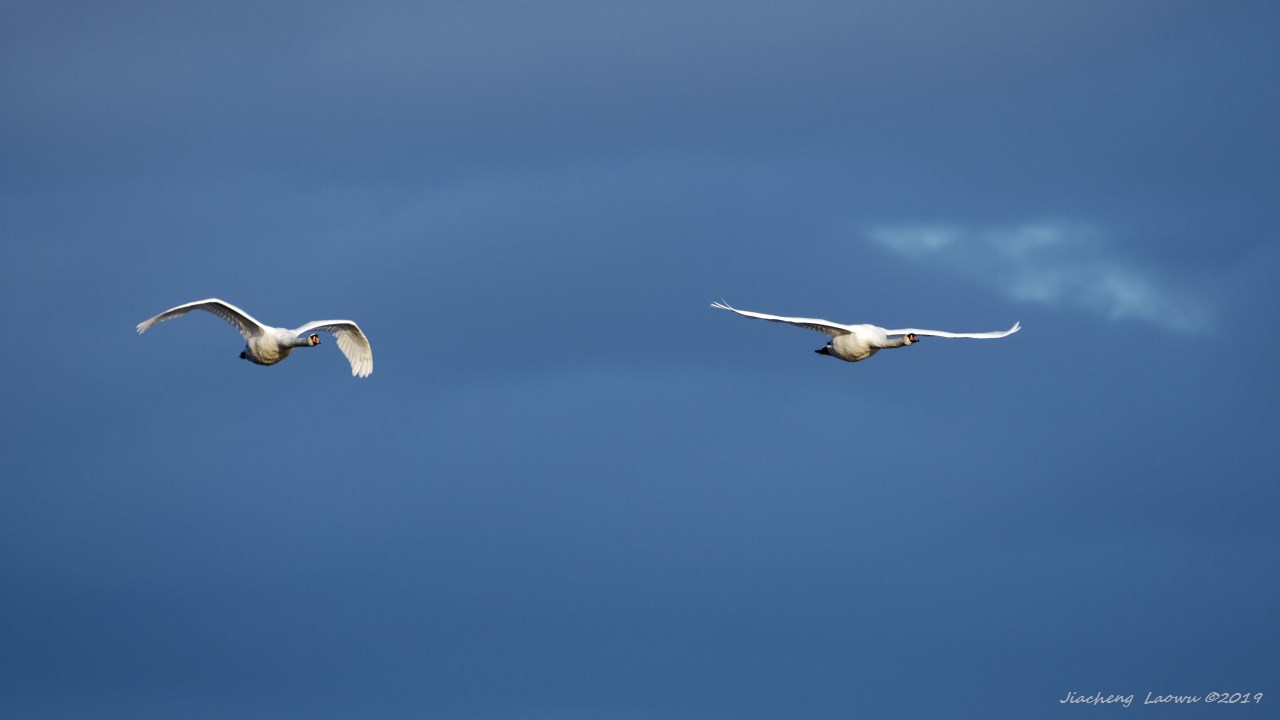 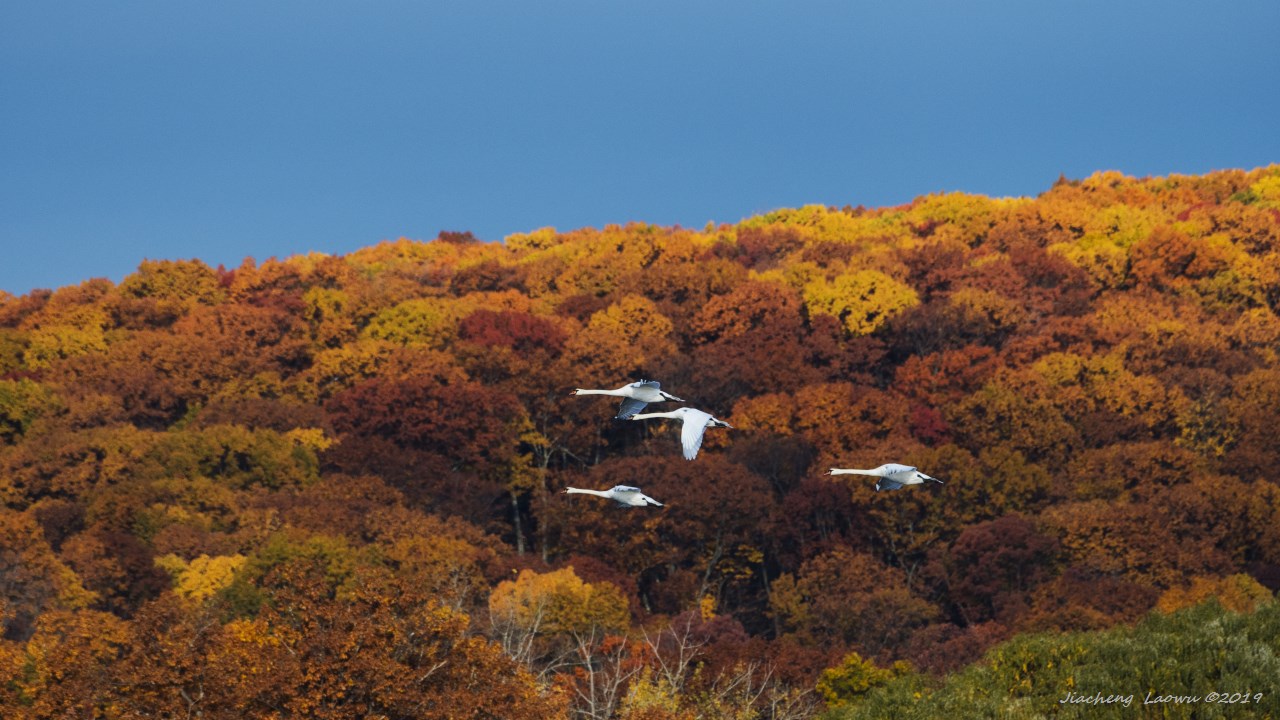 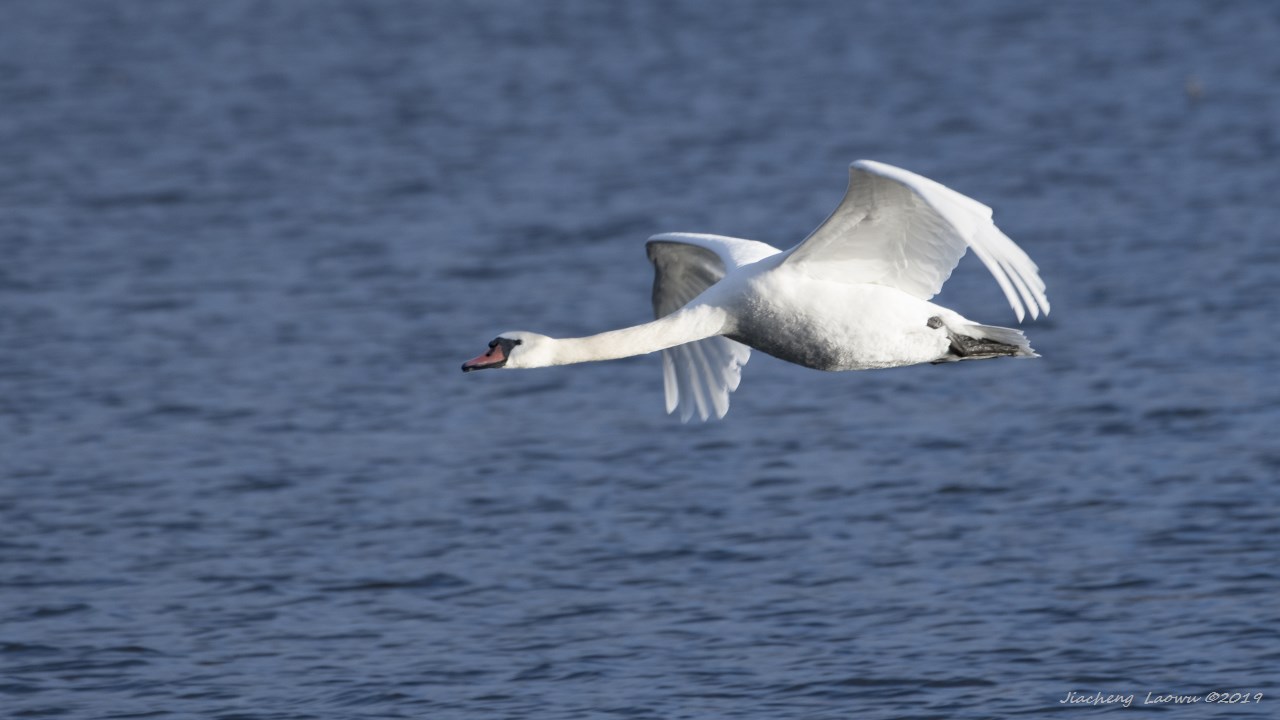 P8 A close look of the flying swan 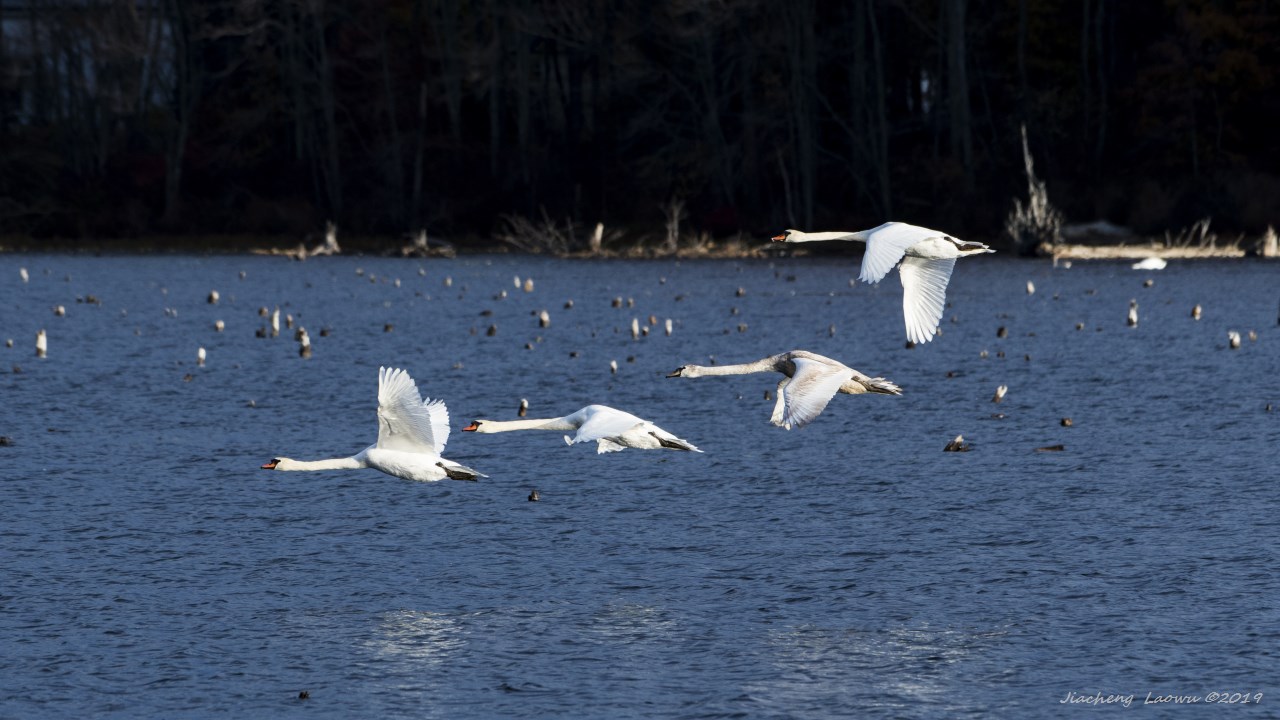 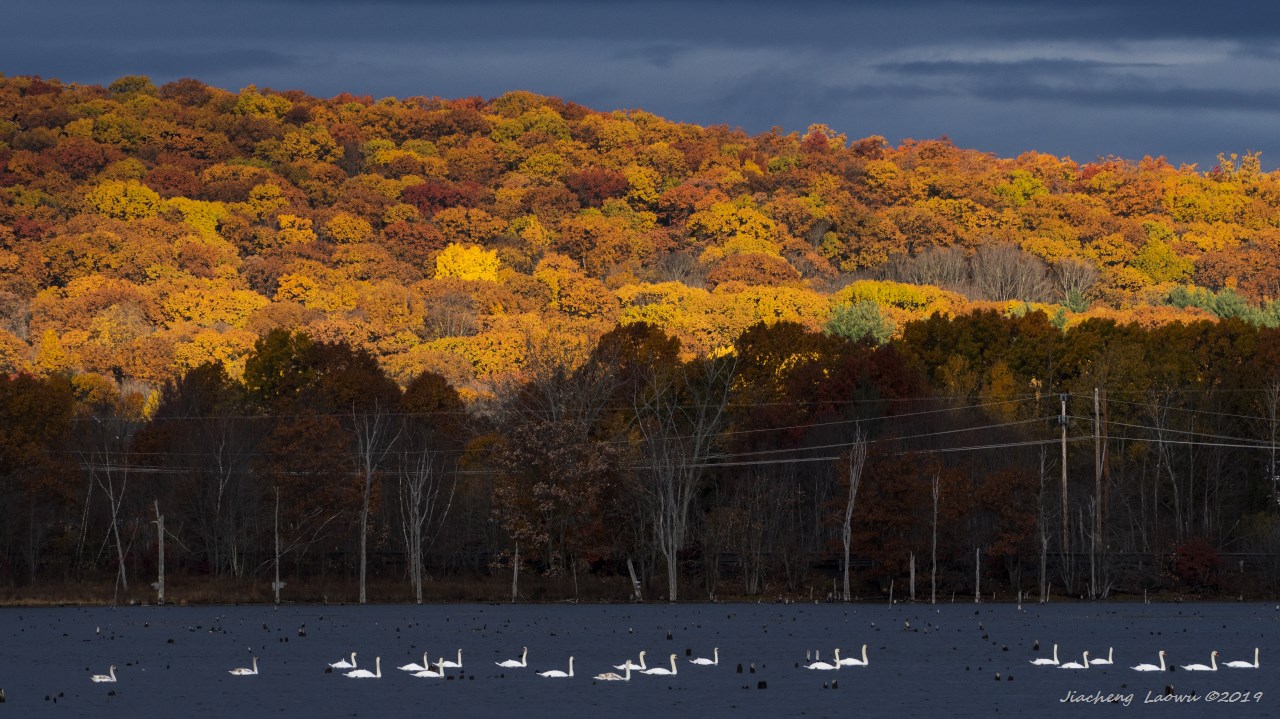