Middle Creek Wildlife Management is located about 80 miles west of Philadephia, PA. Around March of every year, flocks of waterfouls will stay here for several days on their migration route from south to north. The migration birds are largely in three groups, Snow Goose, Tundra Swan and Canadian Goose. The number of Snow Goose had reached 150,000 in one day in previous years.

Snow geese like to live in groups, and they form a large flock whether it is leaving the water to go out for food or fly back to the surface of the water. Flocks of flocks snow geese take off from the water every morning before the sunrising. While some are heading toward to North with no return, others are looking for food in the nearby fields and return to the water in the evening. In the dusk, flocks and flocks snow geese land in the water surface, somes are the ones out for food while others are new arrivals from the south. We visited the Middle Creek on the weekend of March 5, 2016. According to the data from management, there were around 50,000 snow geese and 1,600 tundra swan on that weekend. Although these numbers are far less than 110,00 of snow geese on March 5, 2015, I was still shocked. 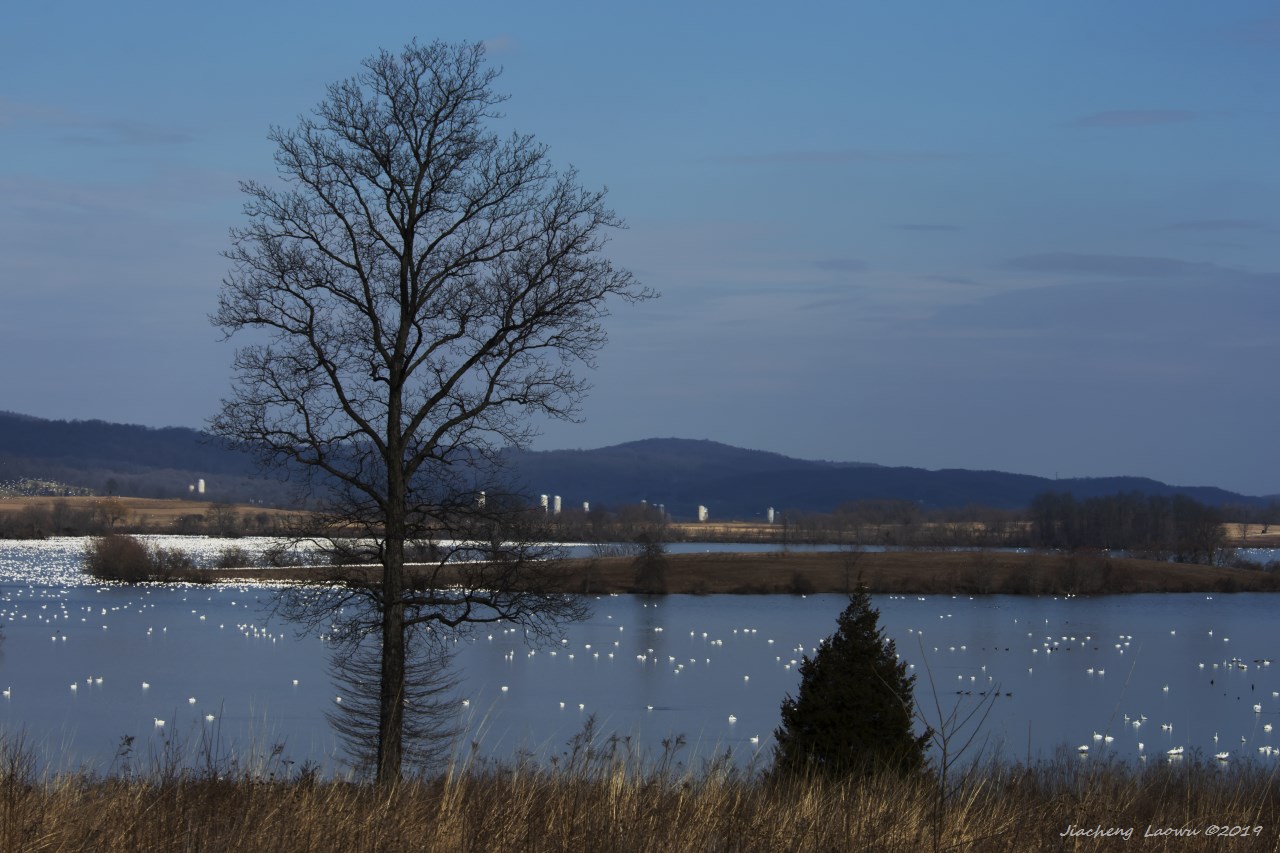 P1 Looking the Middle Creek Lake from the Visitor Center 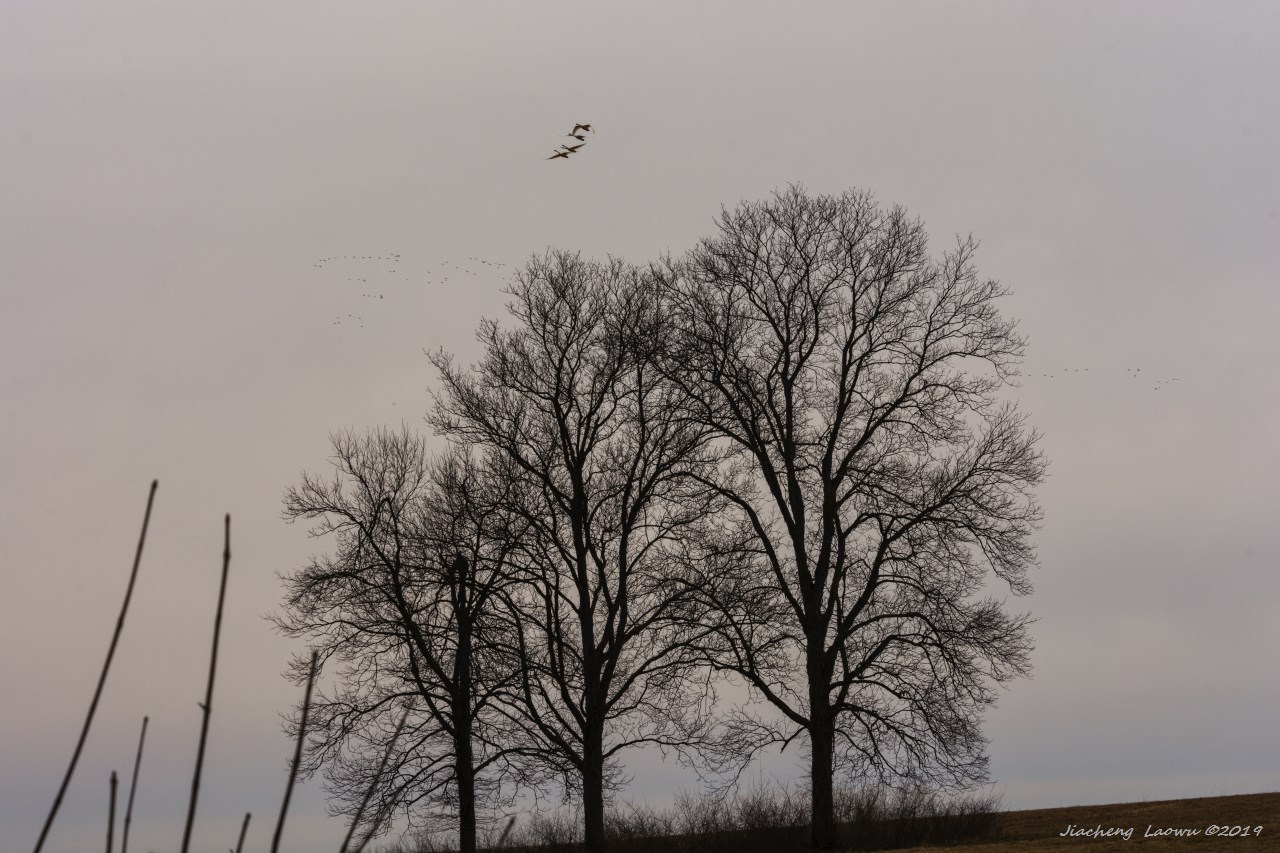 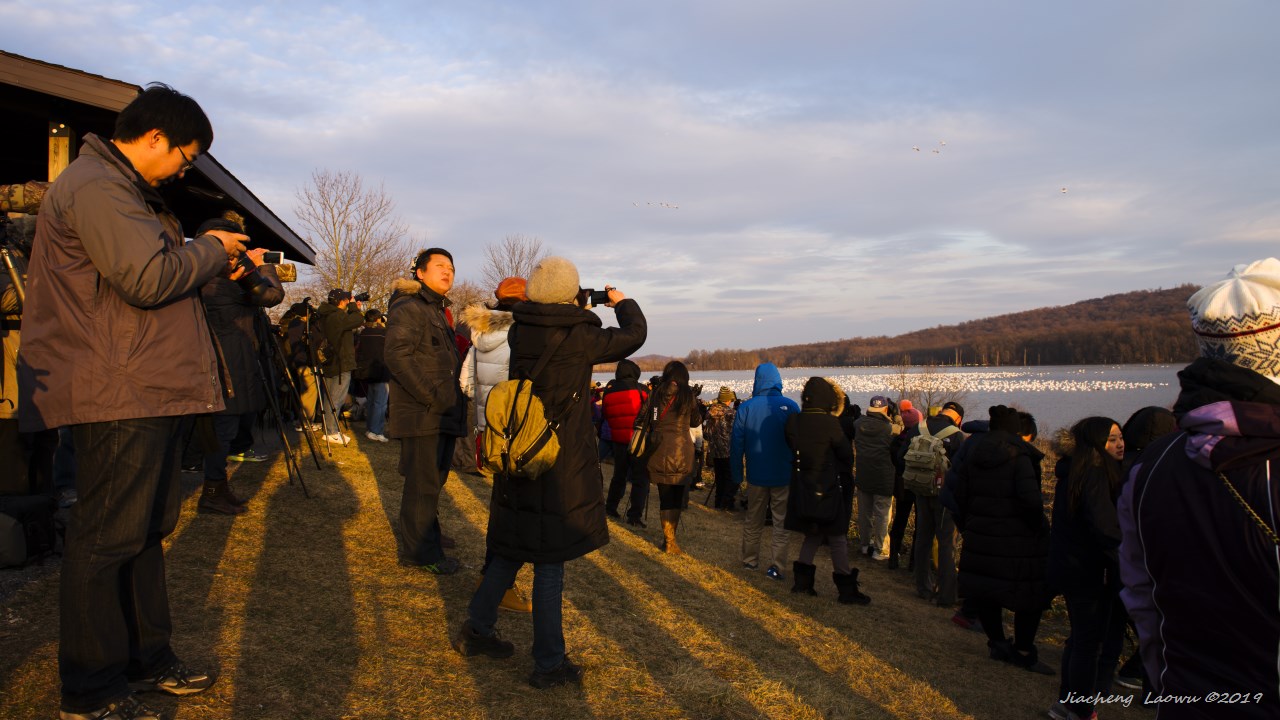 P3 Number 2 view point is very crowded and people are eeverywhere; Chinese are mojority among the birders crowd. 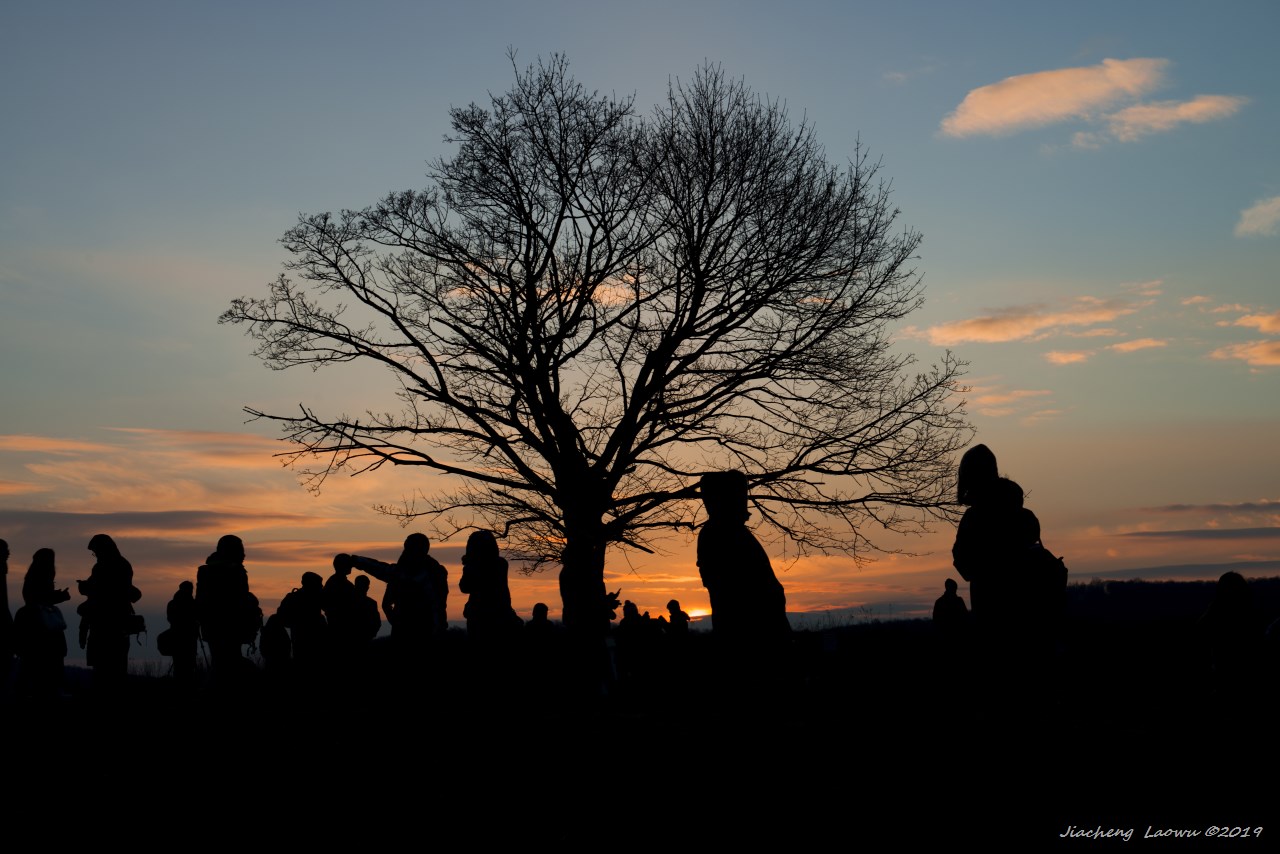 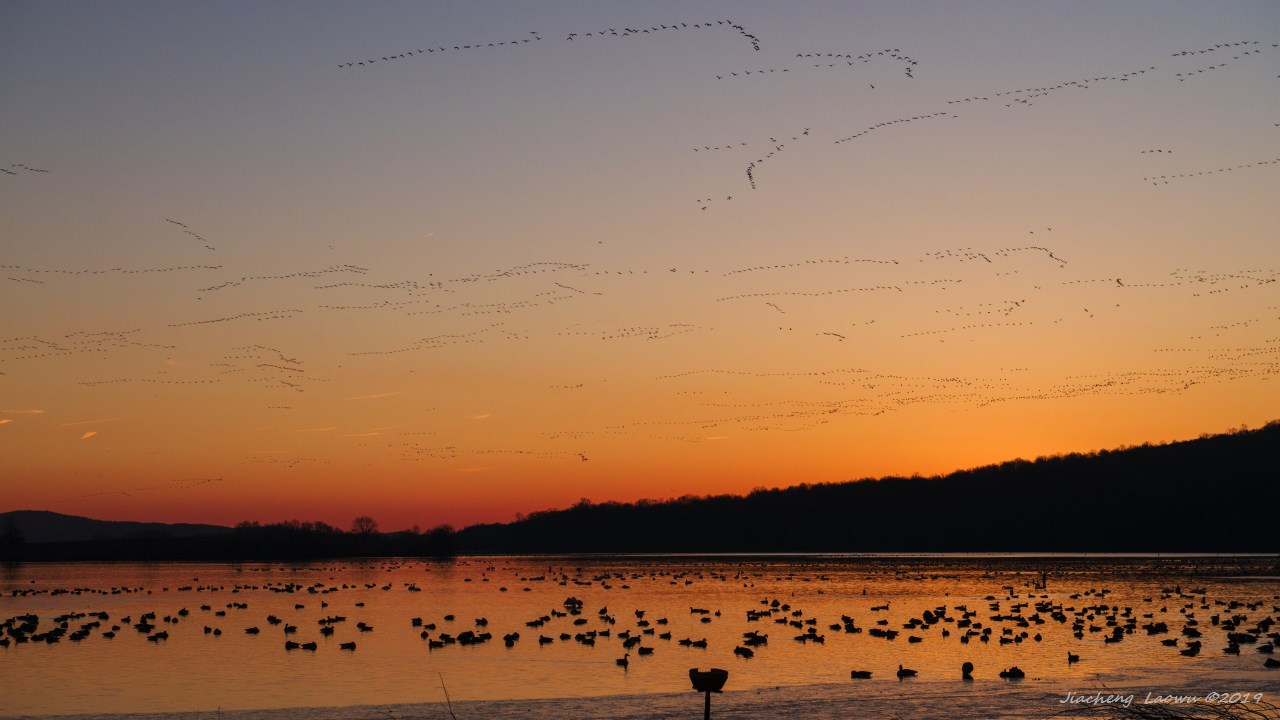 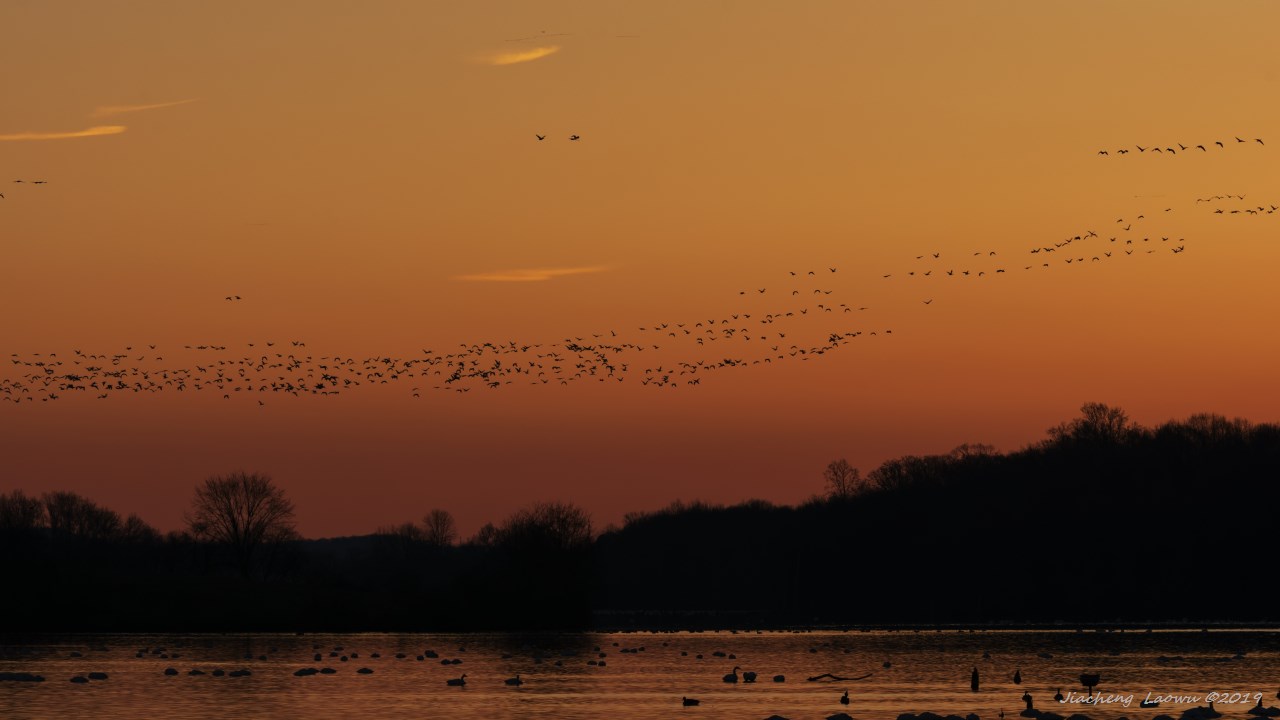 P6 The groups just took off from the Lake 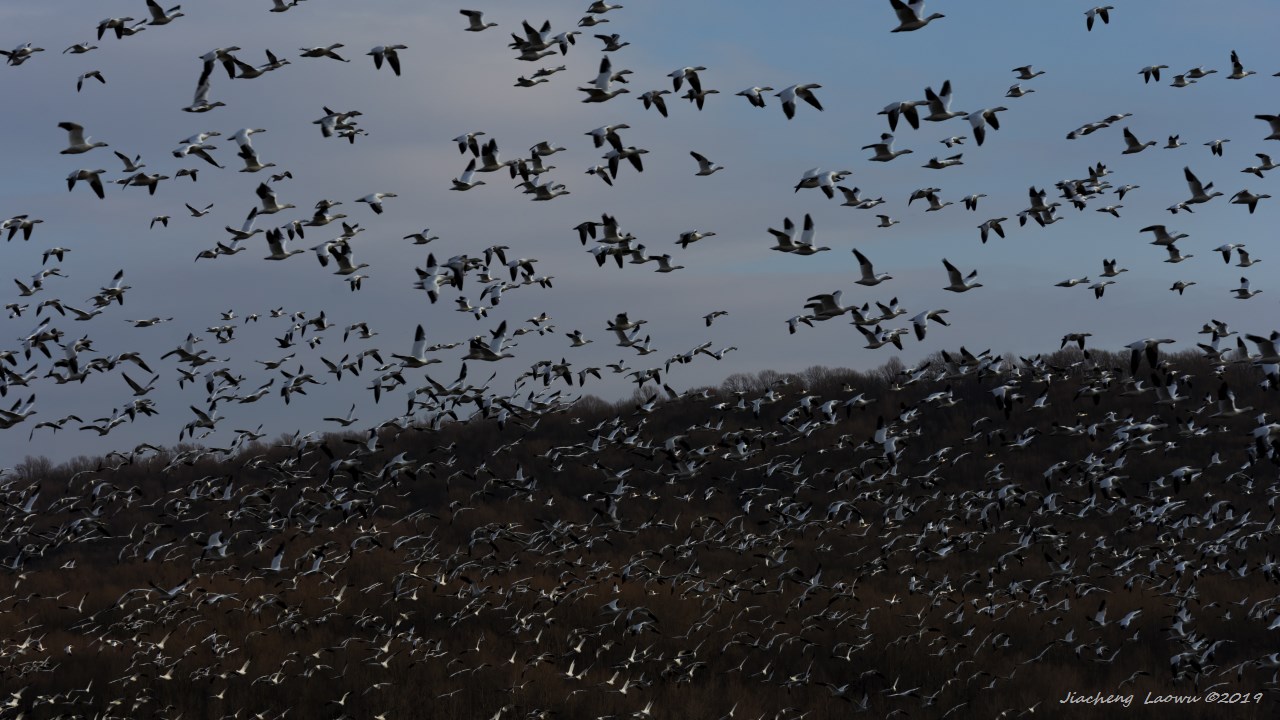 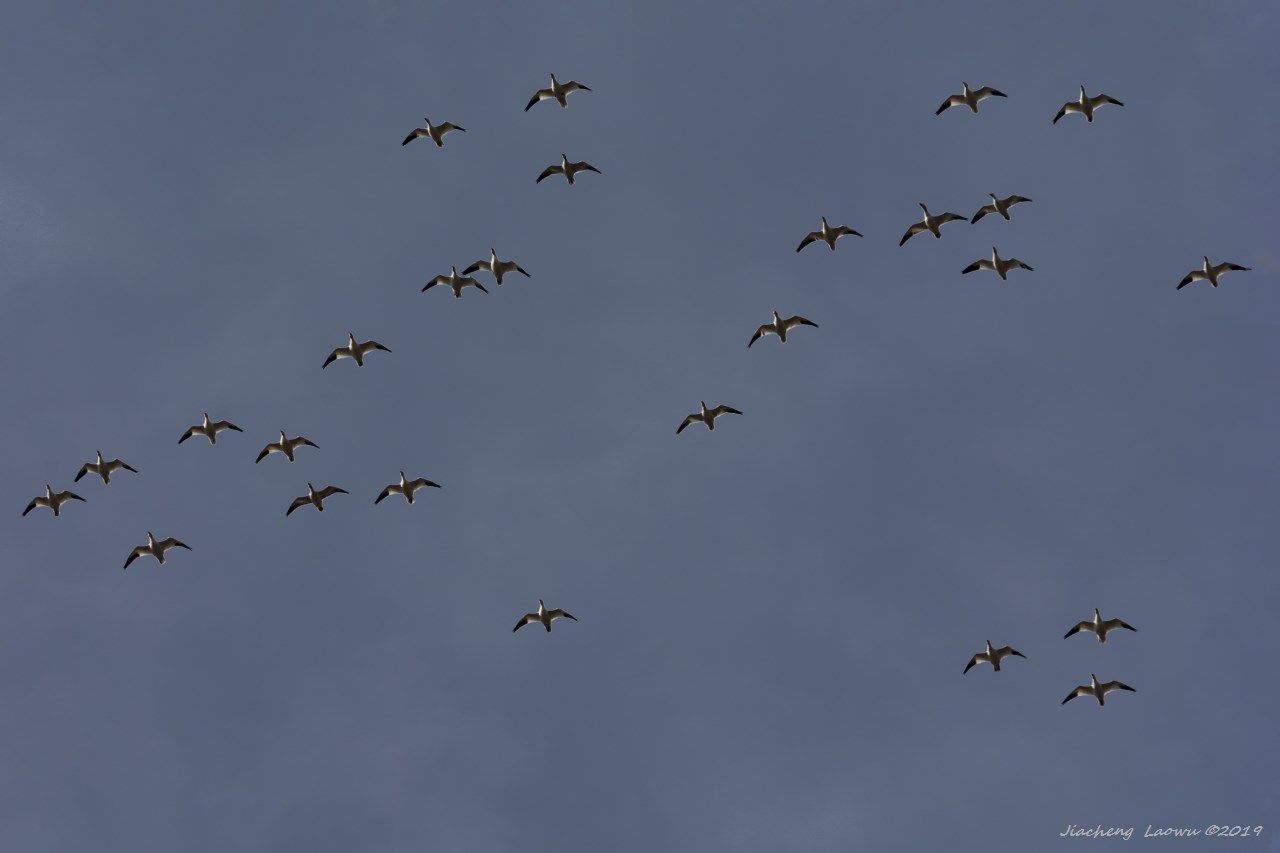 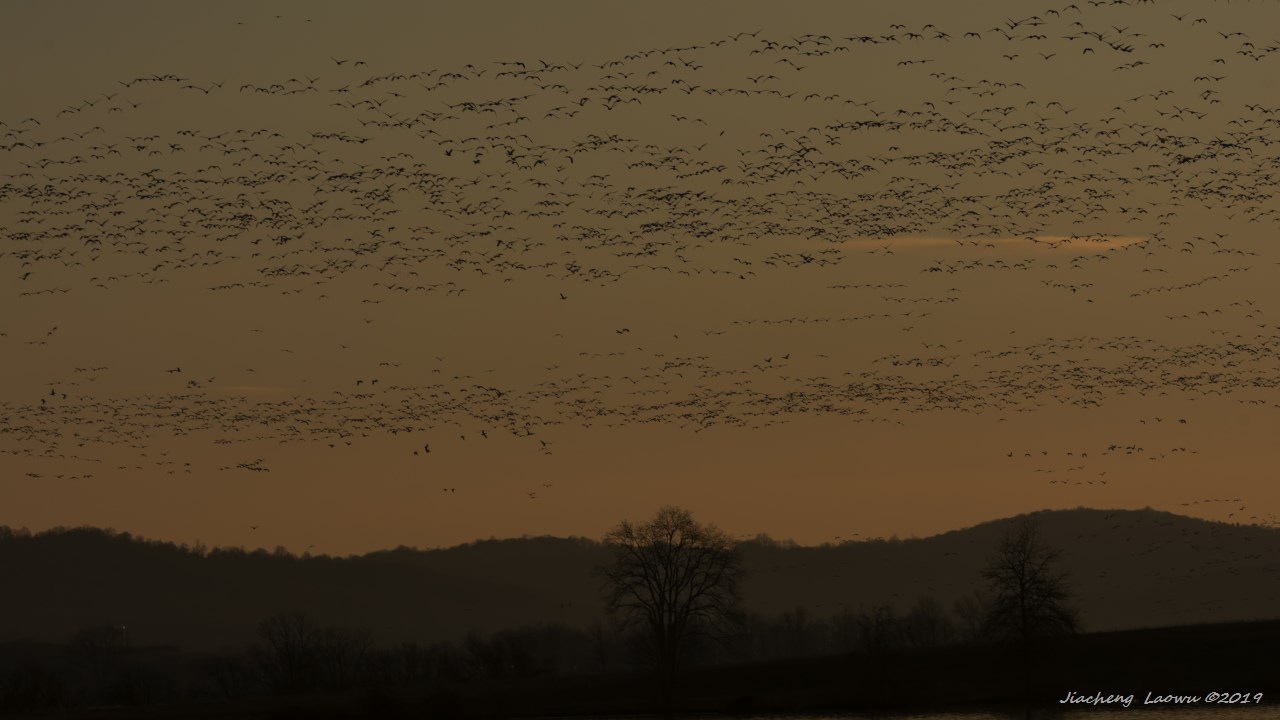 P9 The sky above the Lake at the dusk 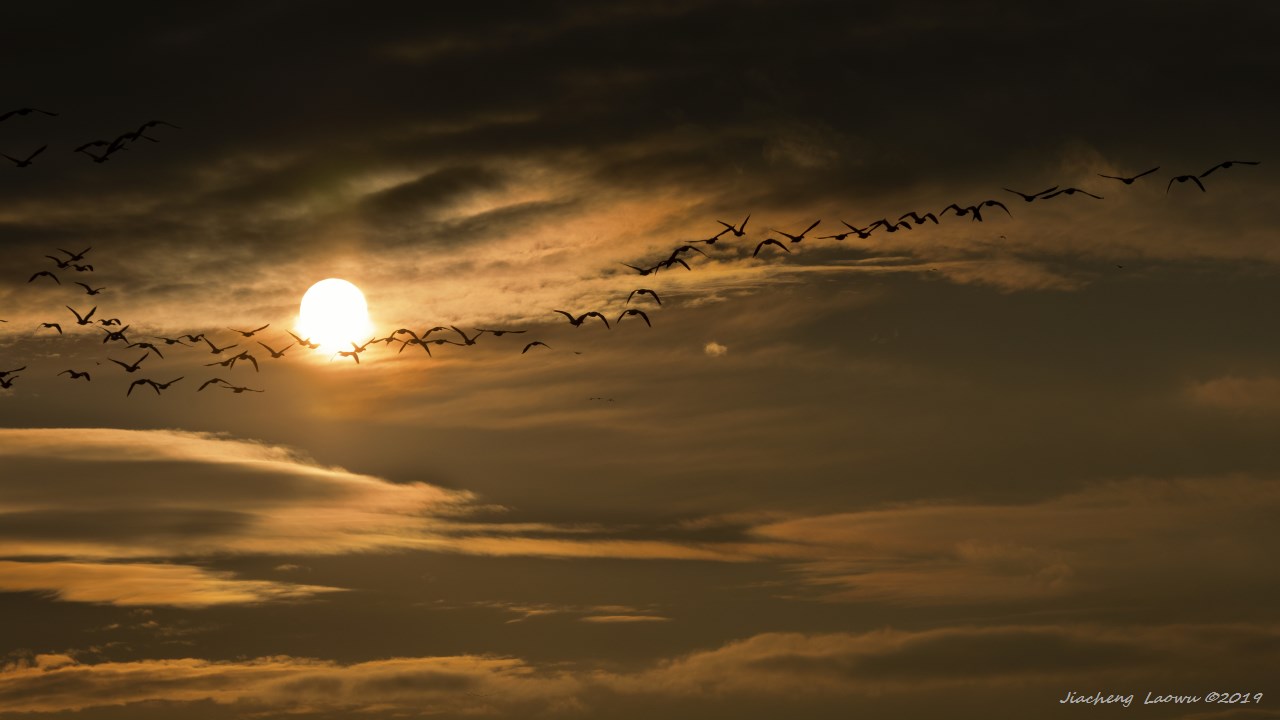 P10 Flying toward the Sun 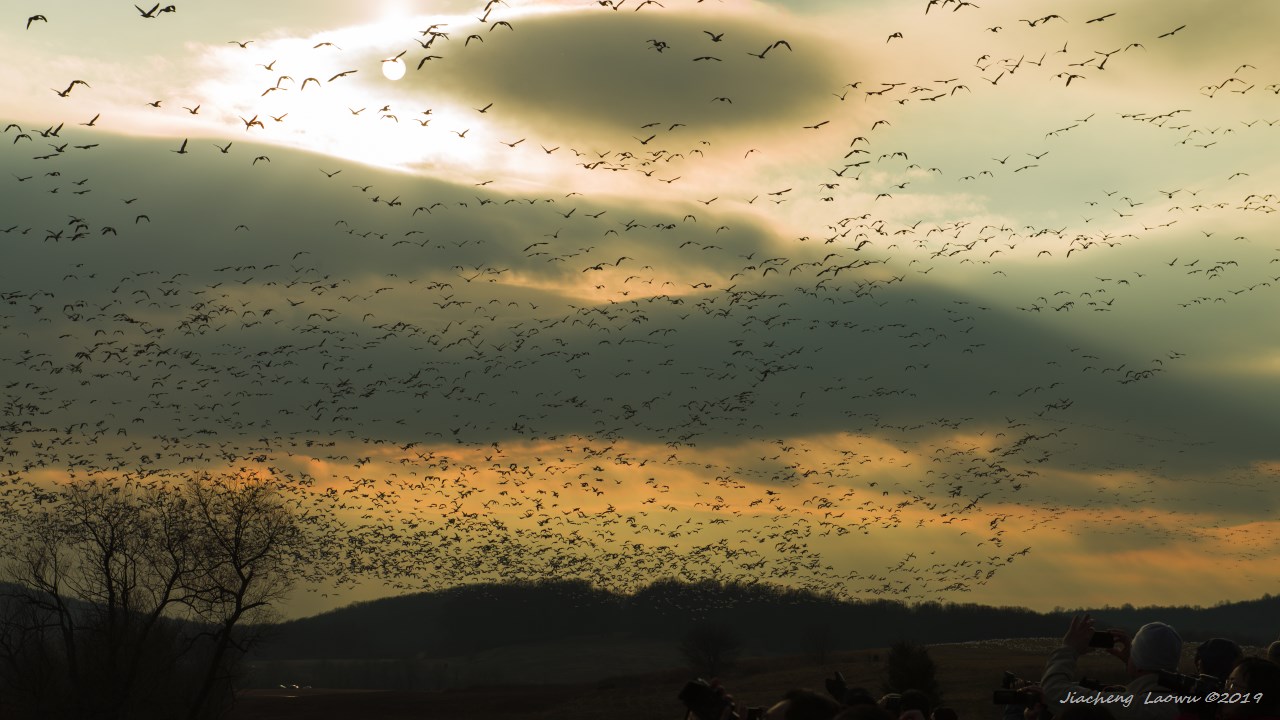 Abbemblying in the grass land 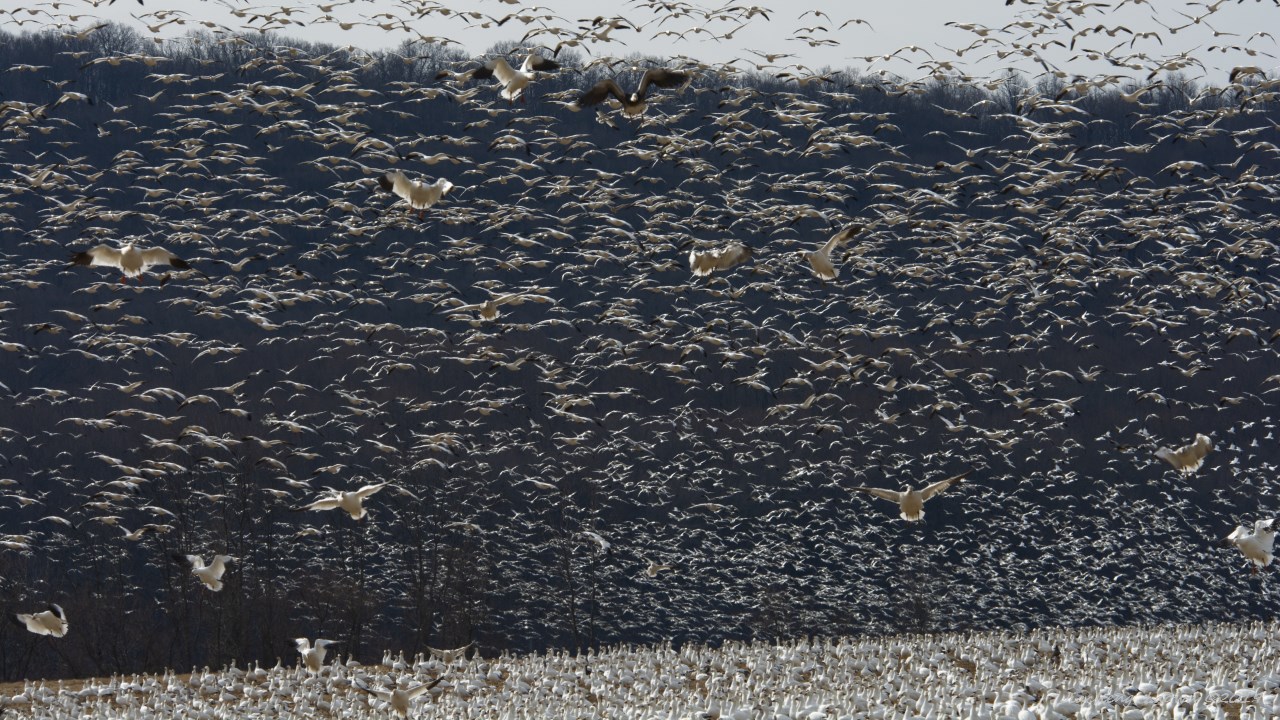 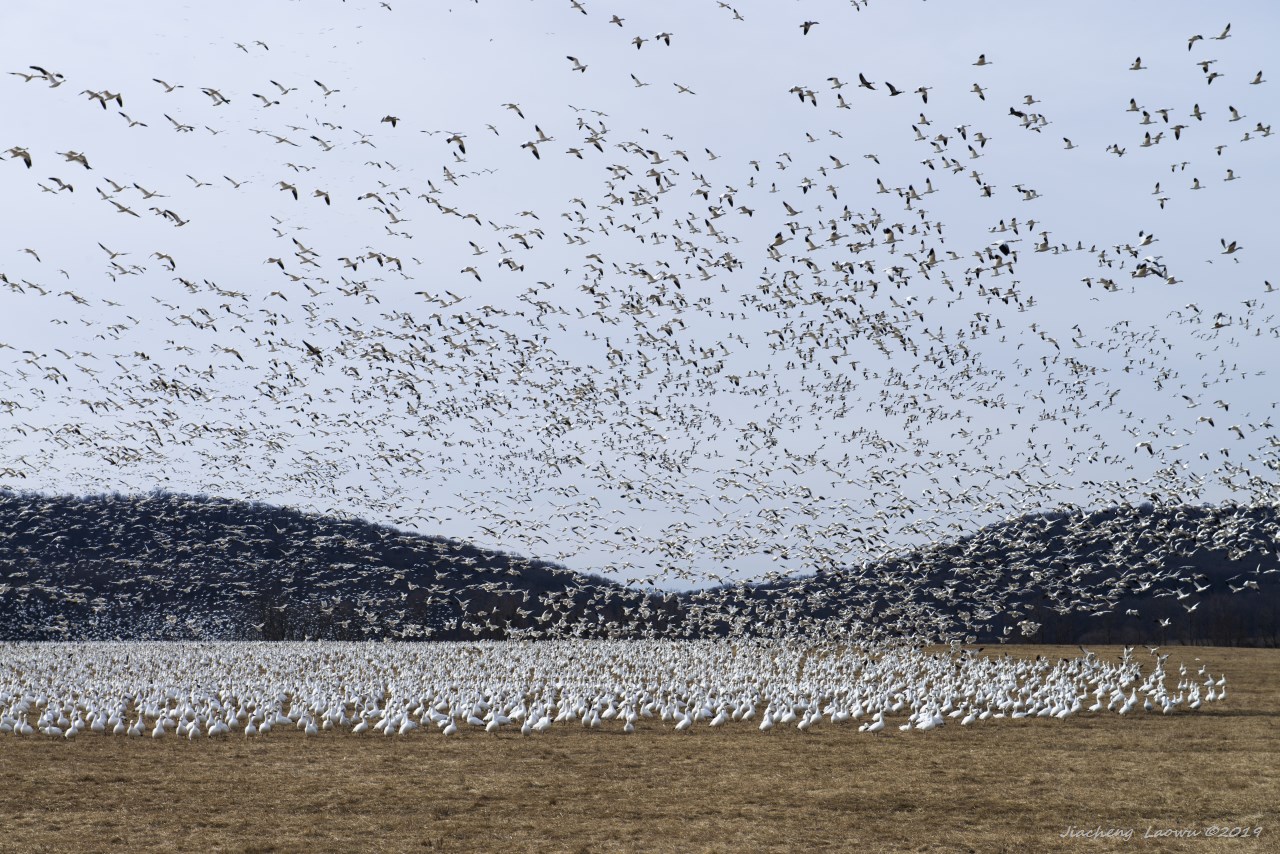 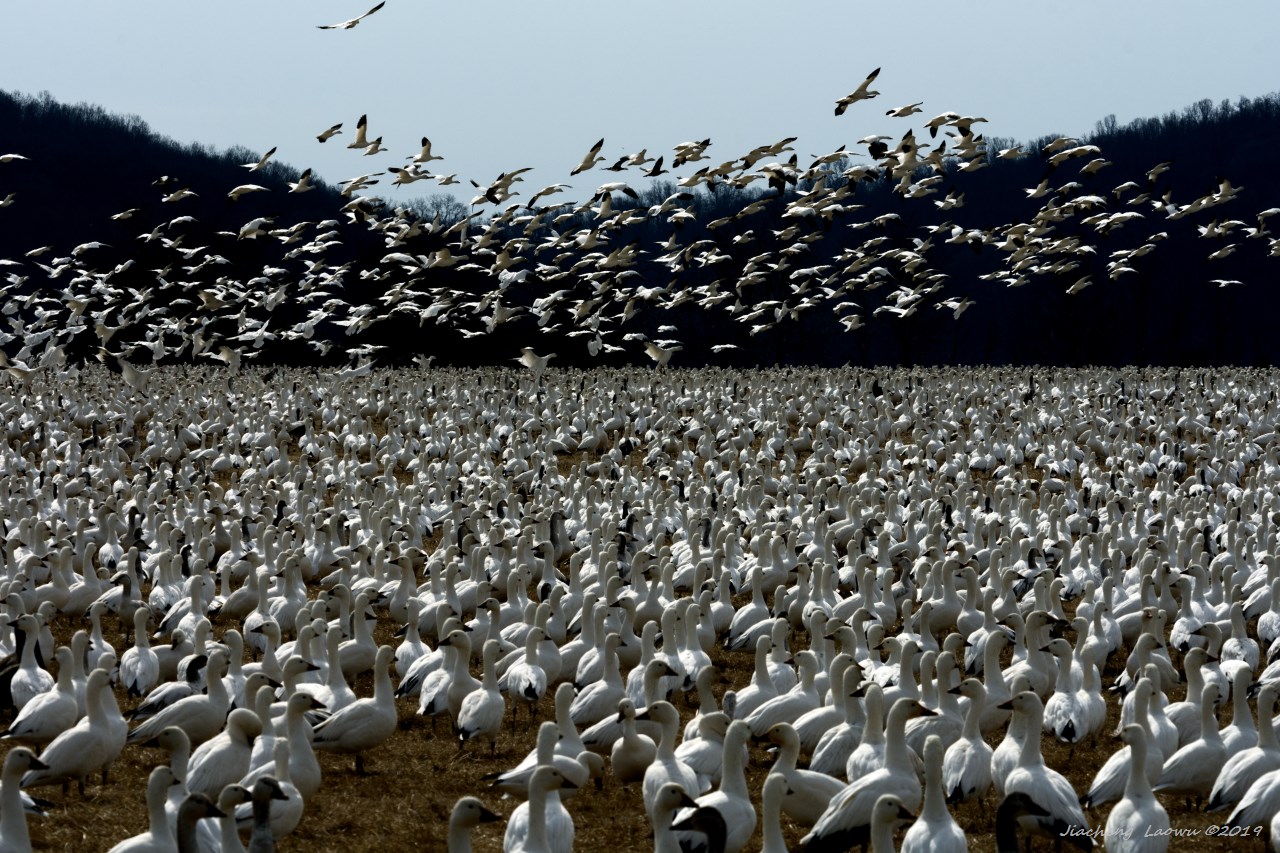 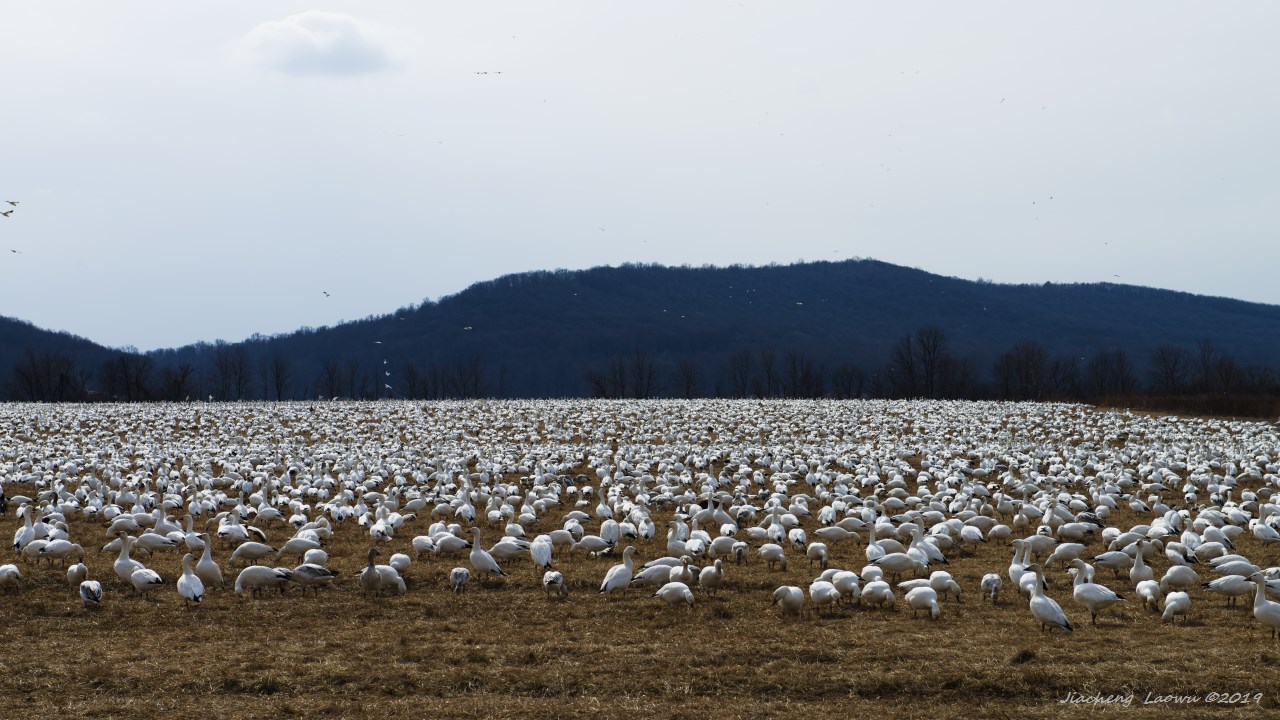 P15 Snow geese almost occupied all the grass land, distance between the birds in the front and birders are 10-20 yards. 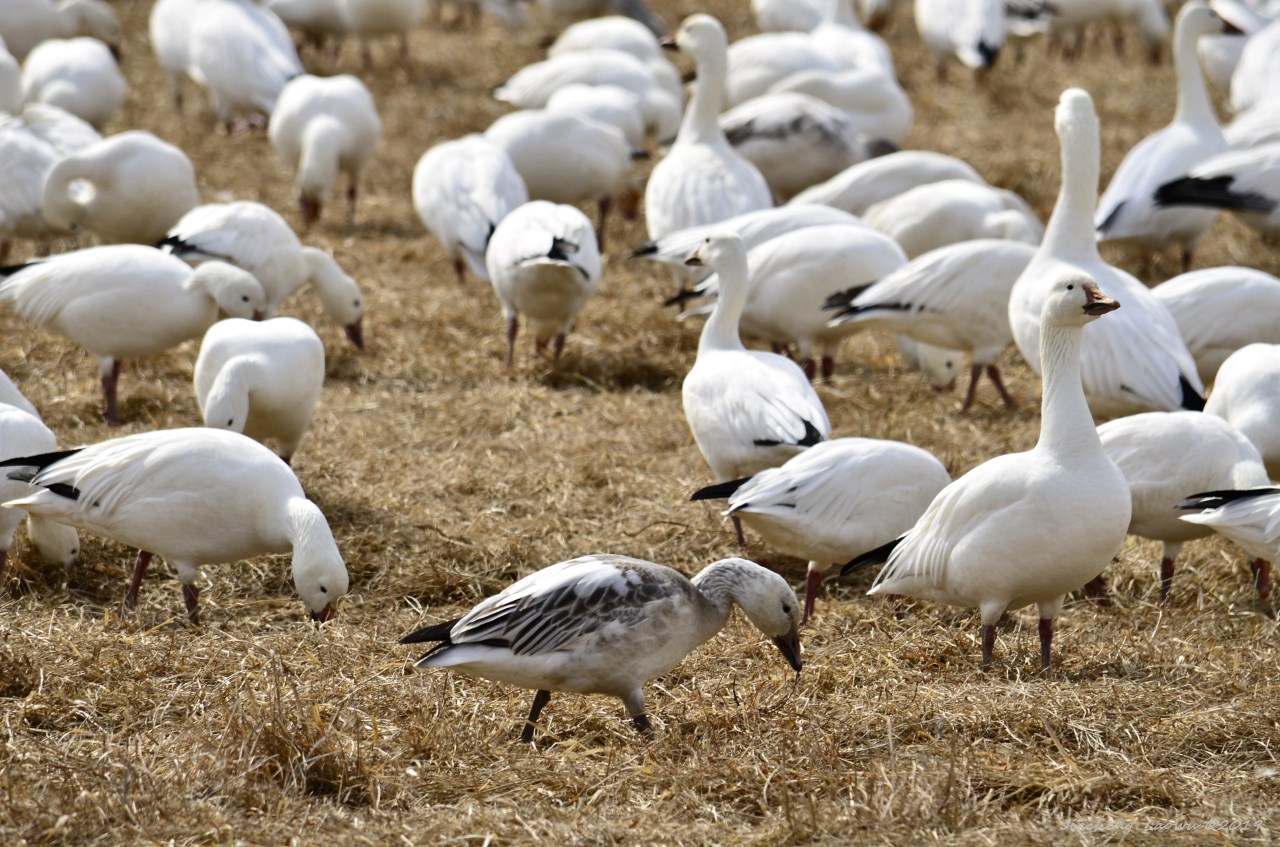 P16 A close look at the snow geese 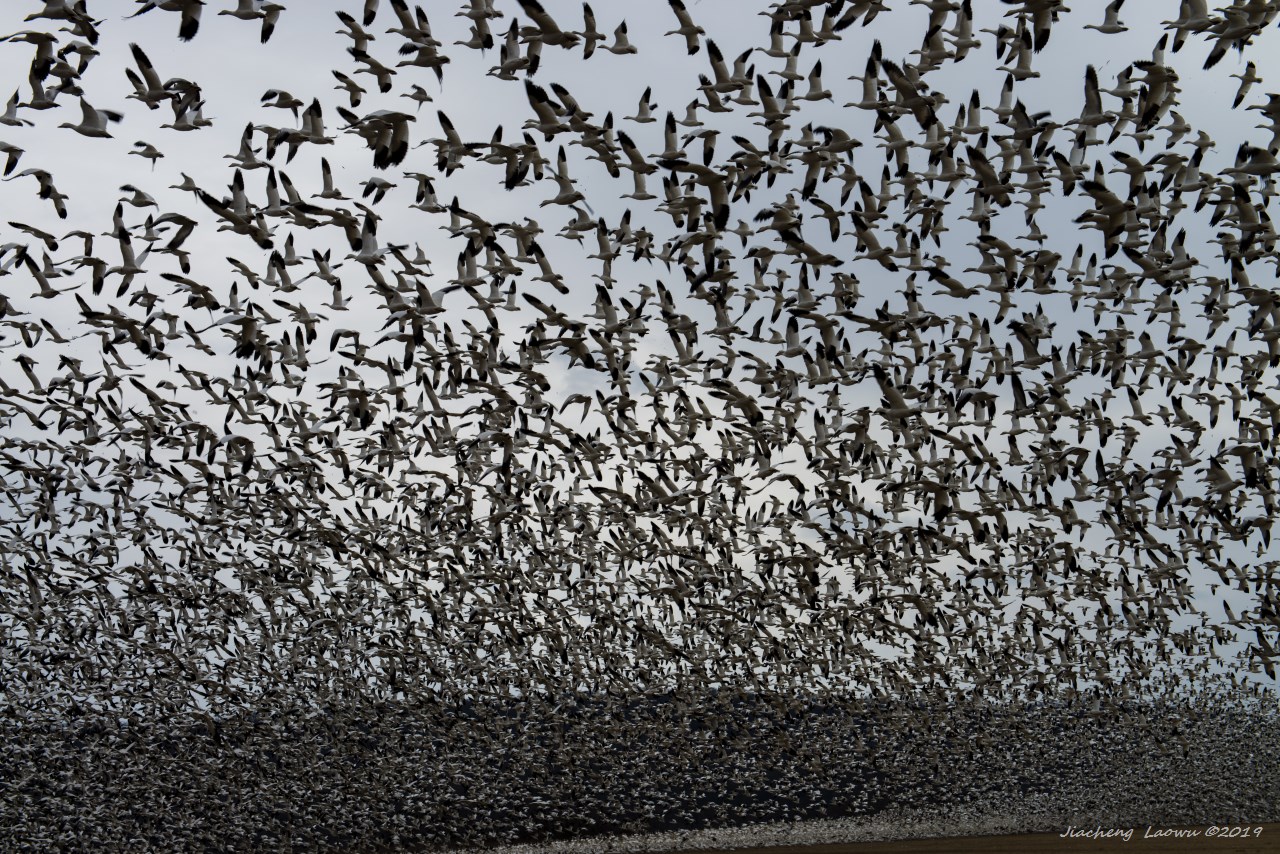 P17 The flock took off from the ground, and flew over the head 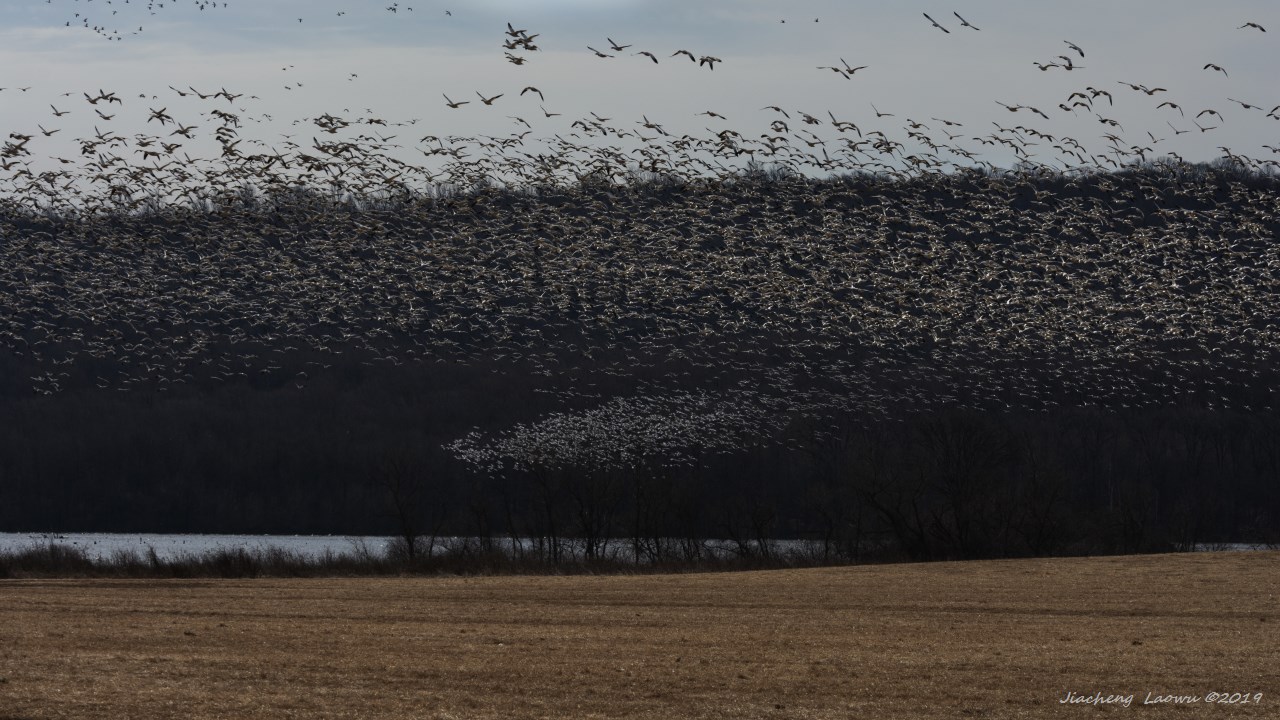 P18 Snow geese were flying back to the Lake 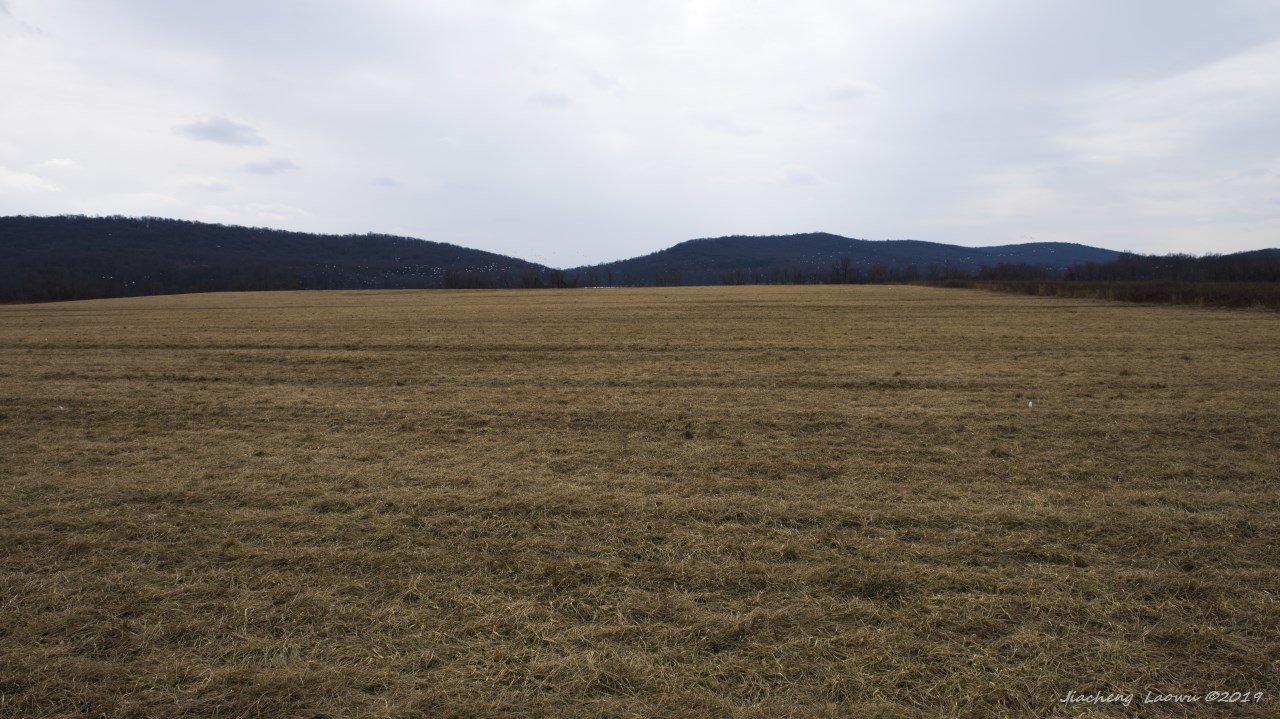 Fleet on the Lake 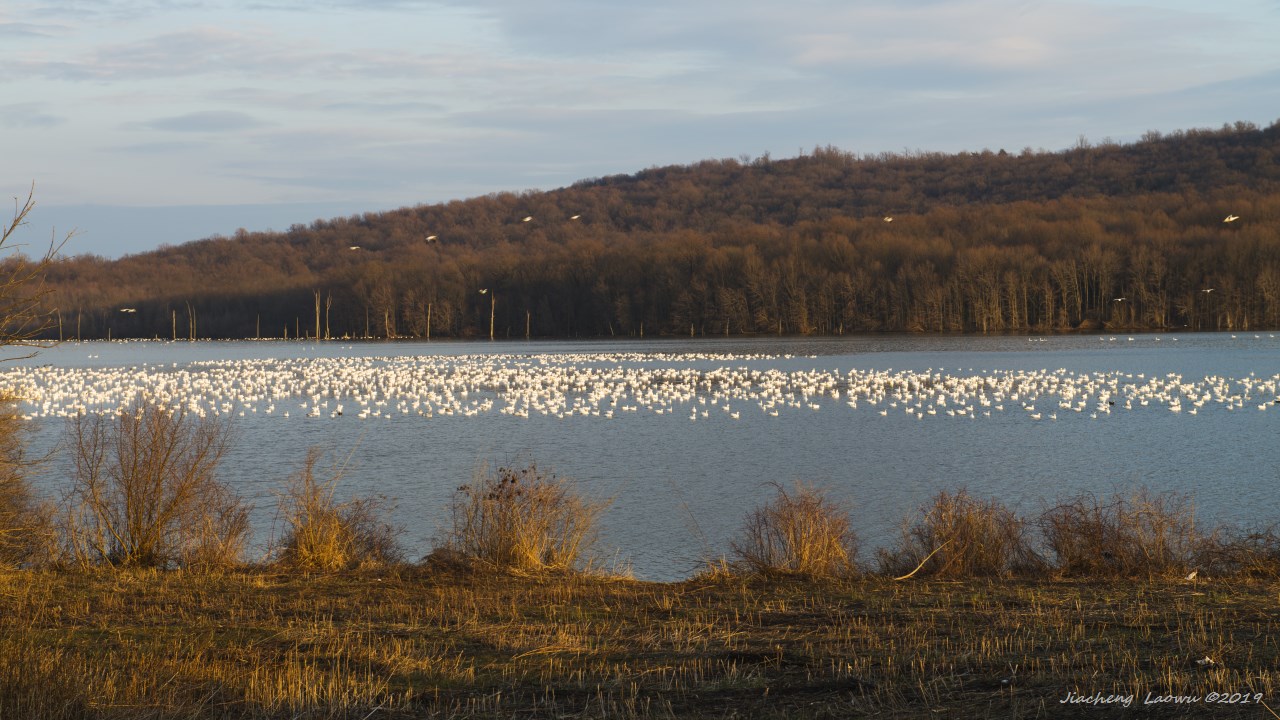 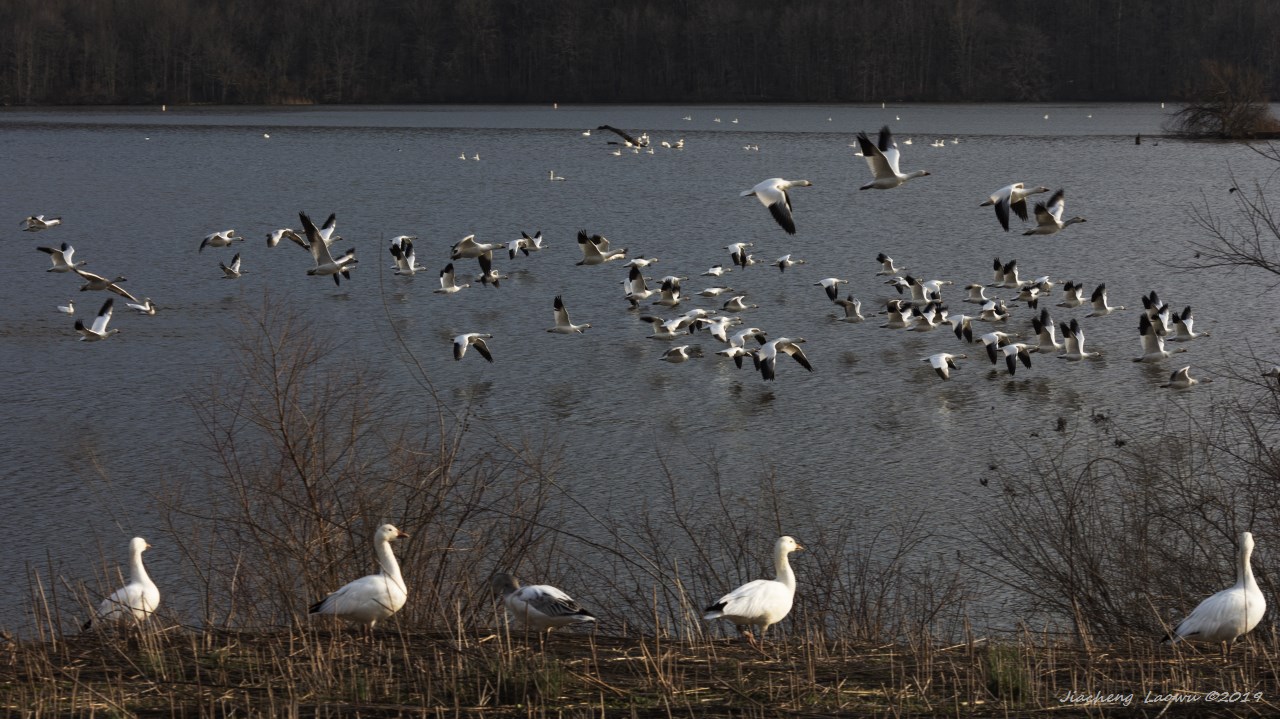 P21 Those on the land seeing goodbye to their partners 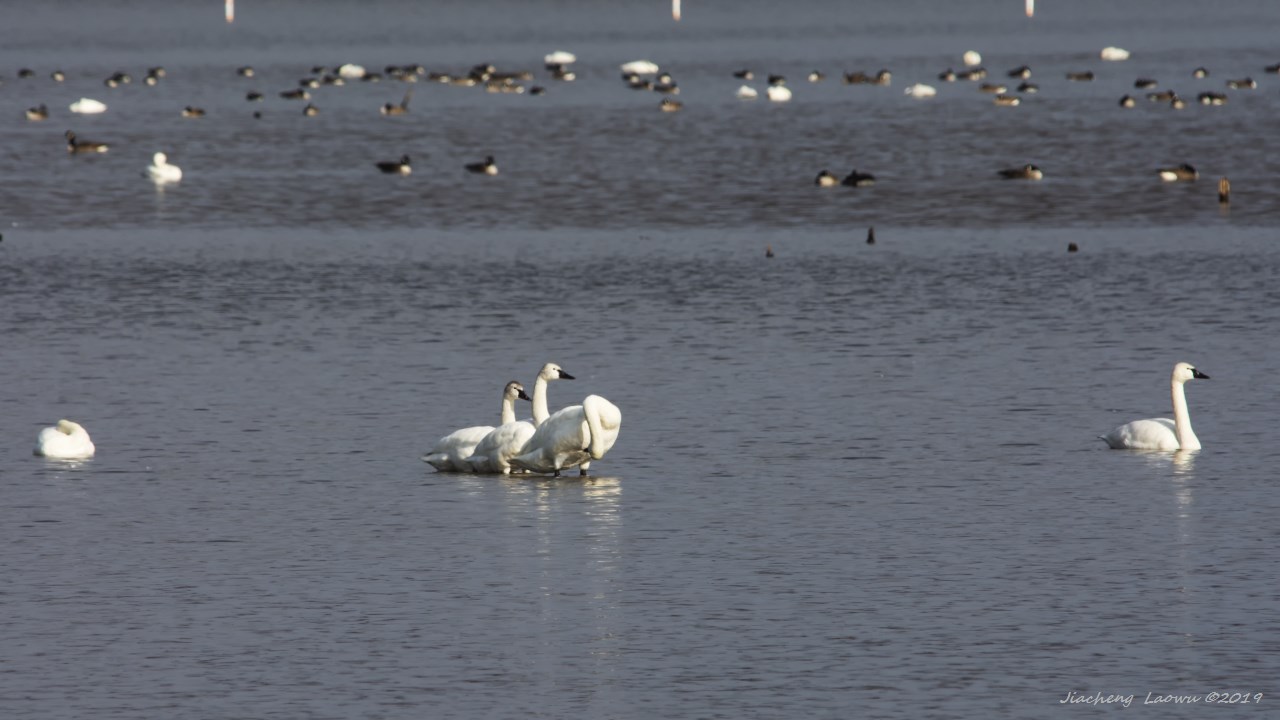 P22 Tundra swans in front, and Canadian Geese in the background 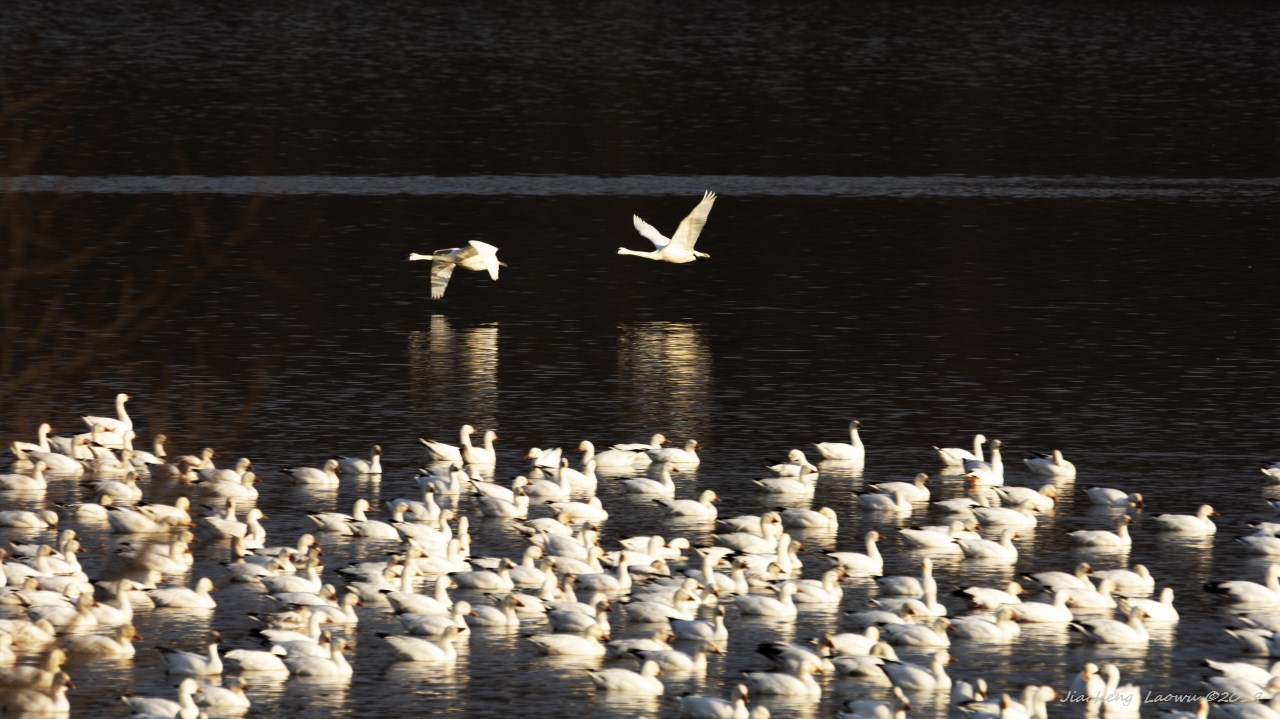 P23 Tow tundra swans were fying over the others